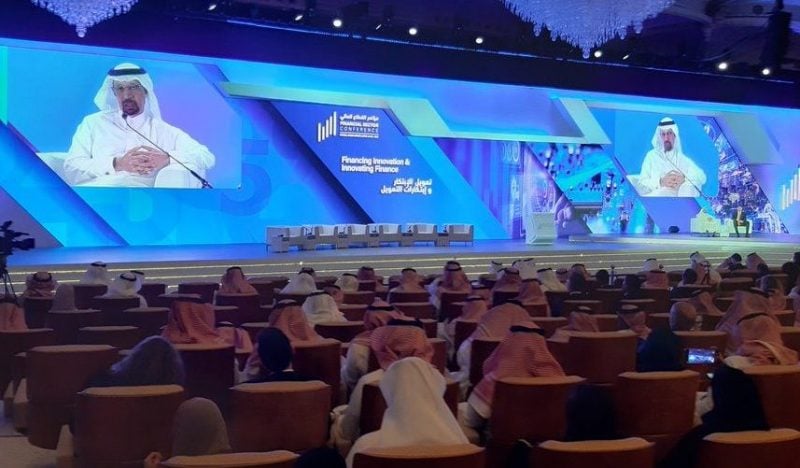 Saudi Arabia’s energy minister said on Wednesday he saw no need to raise oil output immediately after the United States ends waivers granted to buyers of Iranian crude, but added that his country will respond to customers’ needs if asked for more oil.

Speaking in Riyadh, Khalid al-Falih said he was guided by oil market fundamentals, not prices, and global oil inventories continued to rise.

“Our intent is to remain within our voluntary (OPEC) production limit, but (we will).. be responsive to our customers, especially those who have been under waivers and those whose waivers have been withdrawn,” Falih told reporters.

The United States has decided not to renew exemptions from sanctions against Iran granted last year to buyers of Iranian oil, taking a tougher line than expected.

“We will be responsive and we think there will be an uptick in real demand but certainly we are not going to be preemptive and increase production,” Falih said.

He added that Saudi Arabia’s oil production in May was pretty much set with very little variation from the last couple of months. June crude allocations will be decided early next month, he said.

The kingdom’s exports in April will be below 7 million barrels per day, while production is around 9.8 million bpd, Saudi officials have said.

A senior U.S. administration official said on Monday that Trump was confident Saudi Arabia and the United Arab Emirates would fulfill their pledges to compensate for any shortfall in the oil market following Washington’s decision to end the Iran waivers.

OPEC and industry sources told Reuters on Tuesday that Gulf OPEC producers can step in to meet any oil supply shortage but will first wait to see whether there is actual demand.