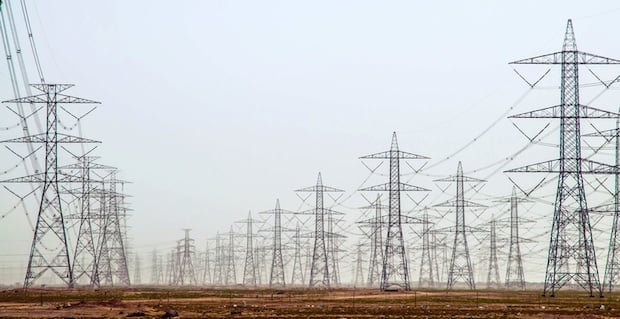 Saudi Electricity Co plans to establish a power generation subsidiary, pending shareholder approval, a step viewed by analysts as a sign the state-controlled power giant is pushing ahead with a long-awaited restructuring.

The company, the Gulf’s largest utility, said in a bourse filing on Monday that it called shareholders for a meeting on Dec. 18 “to vote on the establishment of a power generation subsidiary,” without giving further details.

The Public Investment Fund, the kingdom’s sovereign wealth fund, owns a 74 per cent stake in Saudi Electricity. The other major shareholder is state oil giant Saudi Aramco, which owns a stake of almost 7 per cent.

Saudi Arabia is embarking on a push to raise around $200bn in the next several years through privatisation programmes in 16 sectors ranging from oil to healthcare, education, airports and grain milling.

The unbundling of SEC is a centrepiece of Saudi Arabia’s energy reforms and restructuring of the power sector.

At least as far back as 2008, Riyadh had been considering splitting SEC into separate companies that would be offered either to local citizens through initial public offerings or to local or international corporate partners.

But the plan stalled as the government focused on other proposals, including a potential listing of Aramco.

Earlier this month, two sources told Reuters that SoftBank had hired Deutsche Bank to advise on its power investment plans in Saudi Arabia. The Japanese firm has shown interest in electricity distribution in the world’s top oil exporter, the sources said, with one adding that SoftBank could consider purchasing a minority stake in SEC from the PIF.

An industry analyst, who asked not to be identified, said the new subsidiary could be an indicator that the company will go ahead with its long awaited restructuring and privatisation plan.

“They could transfer all generators under the new subsidiary’s assets, then privatise it,” he added.

Under the government’s reform drive, aimed at transforming the kingdom’s economy and cutting its dependence on oil, solar power is viewed as a way to trim the amount of crude used to generate power at home, leaving more available for overseas shipments.