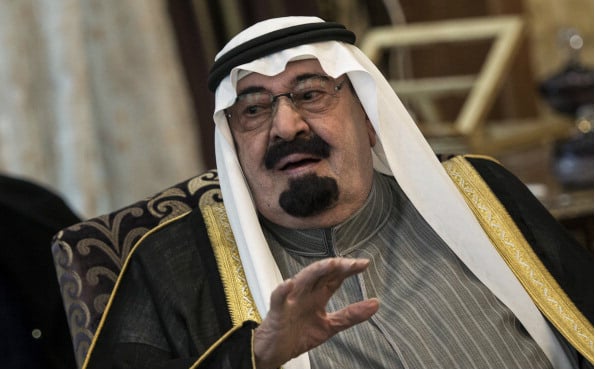 Saudi Arabia’s appointment of Prince Muqrin as deputy crown prince is a first step towards addressing its biggest dynastic challenge for 50 years and forestalling a possible succession crisis in the world’s top oil exporter.

The ruling al-Saud family is fast approaching the moment when it must decide how to jump down a generation from a line of brothers born to the country’s founder King Abdulaziz to their sons and nephews, a process fraught with difficulty.

For a dynasty that now sees itself as governing a rare island of stability in a region aflame with conflict and political discord, and facing looming demographic challenges, that decision is growing increasingly urgent.

“There is no alternative. You have no choice. There should be clarity and there should be a correct approach to succession,” said Khaled al-Maeena, editor at large of Saudi Gazette, an English-language daily.

Although any jostling for power among the 40-odd branches of King Abdulaziz’s descendents is kept carefully hidden behind the ornate doors of royal palaces, Saudis with royal connections say some members of the family worry about being sidelined.

But they are keen to avoid a full-blown internal power struggle of the kind that brought down two previous Saudi dynasties in the 18th and 19th centuries, and to prevent a repeat of the administrative paralysis 18 years ago when King Fahd was incapacitated by a stroke without formally passing on his powers.

“It’s putting the house in order because the king and the heir apparent are advanced in age and not in the best of health. Therefore it is a precautionary step to ensure that in case of need there is no vaccum and I think that is significant in and of itself,” said Joseph Kechichian, a historian of Gulf Arab monarchies.

Abdullah looked well and sustained a vigorous two-hour discussion with Obama on Friday evening despite wearing an oxygen tube attached to his nose, U.S. officials said, but he rarely appears in public or conducts high level meetings with foreign leaders.

His heir, Crown Prince Salman, is already 78, while Muqrin, whose appointment was announced on Thursday, is thought to be 69.

As princes lined up on Sunday to pay allegiance to Muqrin, kissing him on the cheek under the chandeliers of Riyadh’s government palace in images broadcast by state media, Saudi social media feeds were abuzz with rumours of further moves.

His appointment bypassed Crown Prince Salman’s prerogative to choose his own heir upon taking power, and has prompted speculation of a wider deal between different wings of the family.

Over the past two years Abdullah has made a succession of appointments, promoting many younger princes, including his sons, to positions previously occupied by older members of the al-Saud in an apparent effort to put in place a new ruling team.

Two of those men, his son Prince Miteb bin Abdullah, who heads the Saudi Arabian National Guard, and his nephew Prince Mohammed bin Nayef, the Interior Minister, are seen as the strongest two candidates for future rule of their generation.

What some Saudis now hope is that the decision to appoint Prince Muqrin is the opening gambit in a conversation about how to transition to a suitable candidate in the next generation, putting to bed potentially divisive debates over the succession.

“It would give greater peace of mind. If there is a clear-cut direction, I think the people would welcome this,” said Maeena, adding that managing the generational shift would require great political acumen.

For the first time since the 1960s, most Saudis are unable to predict with any degree of certainty the names of the next three or four princes in the unofficial line to rule.

King Abdullah and Crown Prince Salman are the last active members of a group of princes who in 1964 deposed King Saud in favour of King Faisal, establishing the principle that power would move from one brother to the next.

A similar unifying moment has not yet occurred for the next crop of princes, and some fear that the eventual move to the next generation will destabilise the balance of power between different branches of the al-Saud.

If the ruling family can cut an internal deal now, it may help to present a united front at a moment when the kingdom faces bigger external challenges than at any time in recent history, as war and political chaos reign across the Arab world.

It may also be a good idea to resolve any dynastic squabbles now, while the country benefits from high oil prices, successive budget surpluses and foreign currency reserves of $717 billion, allowing it to maintain high social spending.

A future government will likely have to make unpopular decisions about subsidies and high public sector employment to make the kingdom’s economy more sustainable, economists believe.

Analysts have pointed to the announcement that Muqrin’s appointment was approved by the Allegiance Council, a family committee set up by King Abdullah in 2006 to help formalise the succession process.

“Although it has had several meetings they have not really been at the vanguard of the succession matter,” said Kechichian.

It is constituted of the 40 branches created by the sons of King Abdulaziz, meaning that even if princes from only one or two branches are likely candidates to become king, the entire ruling family still retains influence.

Securing the agreement of the family to push through the appointment of Muqrin before Abdullah’s death may have involved drawn out and complex negotiations, informed Saudis said.

And, while the rules governing the Allegiance Council help stabilise the process, however, the fact that so many branches of the family are involved can carry its own difficulties as a large number of interests need to be satisfied.