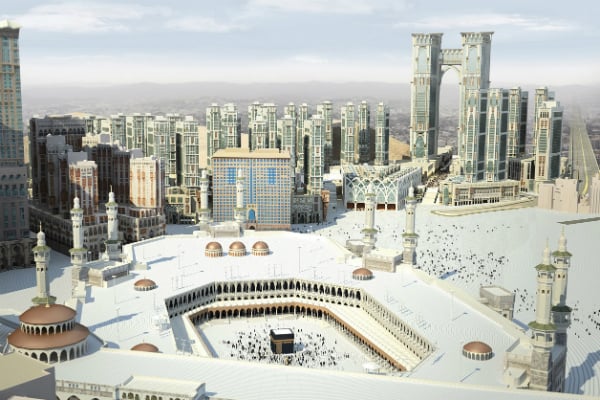 The deal, announced in November, is key to strengthening Jabal Omar’s presence in the real estate market of the Muslim holy city of Makkah beyond its flagship project within walking distance of the Grand Mosque to help tap growth in tourism.

“A key objective of this deal is basically to add value to Makkah real estate market,” Faisal Shaker, chief investment and development officer, told Reuters in an interview.

He said the company was currently working on a valuation for the deal with adviser Goldman Sachs.

In November, local media estimated the merger would create a real estate business with SAR50bn ($13.3bn) of investments.

Pilgrimage to Islam’s holiest sites in Makkah and Madinah is the backbone of a plan to expand tourism under Crown Prince Mohammed bin Salman’s economic reforms to diversify the economy away from oil.

The annual haj pilgrimage and the lesser year-round pilgrimage known as Umra generate $12bn in revenues from lodging, transport, gifts, food and fees, according to BMI Research.

To finance its working capital, Jabal Omar plans to issue Islamic bonds, or sukuk, in the first half of 2018. Gulf International Bank (GIB) and HSBC are the advisers, Shaker said, declining to give further details.

In November, sources told Reuters that Jabal Omar was planning a sukuk sale that could top SAR4bn.

The company will also launch a real estate fund to finance new phases of its mega project that includes commercial malls, residential properties and hotels over a total built-up area of 1.66 million square metres.

“We are working on a number of investment products such as the REITs (real estate investment trusts) and funds with various structures, and we are looking to put some assets into income producing funds,” Shaker said.

Jabal Omar will have around 5,000 new hotel rooms in its inventory in 2019. It will start off-plan sales of residential properties once it gets the licence from the ministry of housing, probably in 2018, he said.