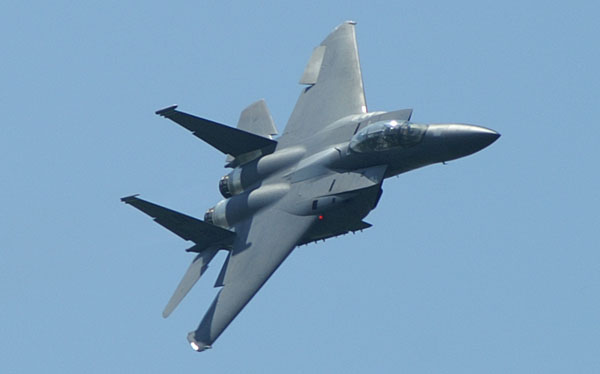 Weapons sales by the United States tripled in 2011 to a record high, pumped up by $33.4 billion in sales to Saudi Arabia, but the international arms market is not likely to continue growing, according to a comprehensive new congressional report.

While Washington remained the world’s leading arms supplier, nearly all other major suppliers, except France, saw declines in 2011, according to the annual report prepared for Congress.

France signed arms sales valued at $4.4 billion in 2011, up from $1.8 billion a year earlier, but Russia, the world’s number two arms dealer, saw its sales nearly halved to $4.8 billion in 2011. The four major European suppliers — France, the United Kingdom, Germany, and Italy — saw their collective market share drop to 7.2 per cent in 2011 from 12.2 per cent a year earlier.

Saudi Arabia was the biggest arms buyer among developing countries, concluding $33.7 billion in weapons deals in 2011, followed by India with purchases of $6.9 billion and the United Arab Emirates with $4.5 billion.

Total annual global arms sales ranged between $42 billion and $67 billion in the period from 2004 to 2011, reaching a cumulative total of $467.9 billion in that eight-year period.

A weaker global economy, the European financial crisis and the slow international recovery from the recession of 2008 have dampened demand for new weapons, with many countries putting off or scaling back their purchases, the report found.

The report said some countries were focused more heavily on upgrading existing systems and support services, which remained “a rather lucrative” sector for weapons suppliers.

Washington, for instance, generates a steady stream of orders for upgrades, spare parts, ammunition and support services from year to year, even when it does not conclude big deals for new weapons systems, the report said.

Concerns about Iran continued to fuel arms sales to the Middle East and especially Saudi Arabia and the United Arab Emirates, but India, Taiwan and other Asian countries were important arms buyers as well, said the report, written by Richard Grimmett and Paul Kerr.

The report predicted increasingly intense competition between European nations and the United States for a small number of global orders in coming years.

It also noted that developing countries were demanding greater cost offsets in their arms contracts, access to more advanced technology and provisions allowing them to produce some weapons at home.