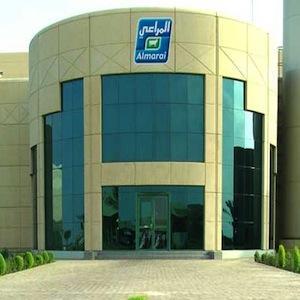 Saudi Arabian dairy and food producer Almarai Co has completed the sale of a SAR1.3 billion ($346.7 million) Islamic bond, or sukuk, the company said in a bourse filing on Monday.

The issue, which has a floating interest rate, attracted orders worth 2.4 billion riyals from institutional investors inside Saudi Arabia, the statement said. The interest rate was not specified.

It is the second local currency sukuk from the Gulf’s largest dairy firm – it sold a SAR1 billion offering in March 2012.

Almarai said on March 4 that it had appointed NCB Capital, the investment banking arm of state-owned National Commercial Bank, to arrange meetings with Saudi fixed income investors ahead of the sukuk’s sale.

Shares in Almarai ended 1.1 per cent higher on Monday, against a broader market gain of 0.5 per cent. The sukuk announcement came after the market close.