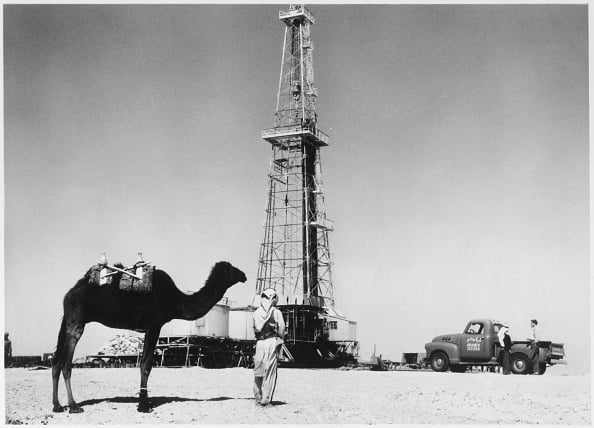 OPEC on Monday forecast lower demand for its crude next year as rivals pump more and said top oil exporter Saudi Arabia, eager to avoid a return of oversupply, had cut production.

In a monthly report, the Organization of the Petroleum Exporting Countries said the world will need 32.05 million barrels per day (bpd) of crude from its 15 members in 2019, down 130,000 bpd from last month’s forecast.

The drop in demand for OPEC crude means there will be less strain on other producers in making up for supply losses in Venezuela and Libya, and potentially in Iran as renewed US sanctions kick in.

Crude edged lower after the OPEC report was released, trading below $73 a barrel. Prices have slipped since topping $80 this year for the first time since 2014 on expectations of more supply after OPEC agreed to relax a supply-cutting deal and economic worries.

Read: Oil prices rise after US reimposes sanctions on Iran

OPEC in the report said concern about global trade tensions had weighed on crude prices in July, although it expected support for the market from refined products.

“Healthy global economic developments and increased industrial activity should support the demand for distillate fuels in the coming months, leading to a further drawdown in diesel inventories,” it said.

OPEC and a group of non-OPEC countries agreed on June 22-23 to return to 100 per cent compliance with oil output cuts that began in January 2017, after months of underproduction by Venezuela and others pushed adherence above 160 percent.

In the report, OPEC said its oil output in July rose to 32.32 million bpd. Although higher than the 2019 demand forecast, this is up a mere 41,000 bpd from June as the Saudi cut offset increases elsewhere.

In June, Saudi Arabia had pumped more as it heeded calls from the United States and other consumers to make up for shortfalls elsewhere and cool prices, and sources had said July output would be even higher.

But the kingdom said last month it did not want an oversupplied market and it would not try to push oil into the market beyond customers’ needs.

Rapid oil demand that helped OPEC balance the market is expected to moderate next year. OPEC expects world oil demand to grow by 1.43 million bpd, 20,000 bpd less than forecast last month, and a slowdown from 1.64 million bpd in 2018.

In July, Saudi Arabia told OPEC it cut production by 200,000 bpd to 10.288 million bpd. Figures OPEC collects from secondary sources published in the report also showed a Saudi cut, which offset increases in other nations such as Kuwait and Nigeria.

This means compliance with the original supply-cutting deal has slipped to 126 per cent, according to a Reuters calculation, meaning members are still cutting more than promised. The original figure for June was 130 per cent.

OPEC’s July output is 270,000 bpd more than OPEC expects the demand for its oil to average next year, suggesting a small surplus in the market should OPEC keep pumping the same amount and other things remain equal.

And the higher prices that have followed the OPEC-led deal have prompted growth in rival supply and a surge of US shale. OPEC expects non-OPEC supply to expand by 2.13 million bpd next year, 30,000 bpd more than forecast last month.