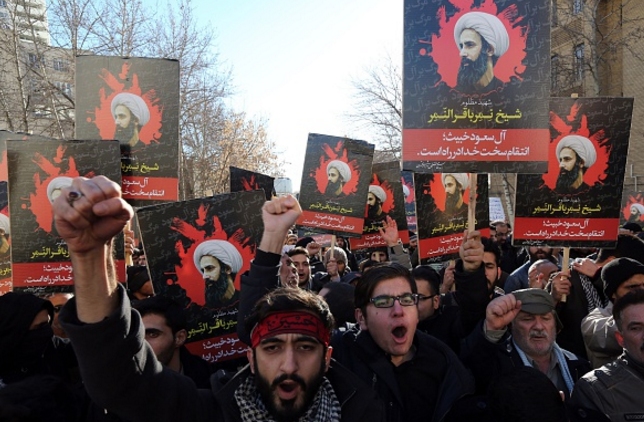 Saudi Arabia has said it is severing ties with Iran following an attack on the Saudi embassy in Tehran, as the row over the Saudi execution of a Shia cleric escalates.

During a press conference late on Sunday in Riyadh, Saudi foreign minister Adel bin Ahmed Al-Jubeir said that Iranian diplomats and staff were given 48 hours to leave the country.

Iran summoned the Saudi ambassador in Tehran to condemn the execution.

“The execution of a personality such as Sheikh Nimr who had no means other than speech to pursue his political and religious objectives only shows the depth of imprudence and irresponsibility,” Iran’s Press TV cited foreign ministry spokesman Hossein Jaberi as saying.

Iranian protesters also set fire to the Saudi embassy in Tehran late on Saturday. The Saudi foreign ministry said all its diplomats were unharmed.

He also stressed that Saudi would “not allow” Iran to sabotage the region’s security.

“We are determined not to let Iran mobilise or create or establish terrorist cells in our country or in the countries of our allies. We will push back against Iran’s attempts to do so,” he said.

“We want to make it very clear that there is no space in the community of nations for a country that condones terrorism, that supports terrorism and that engages in terrorism.