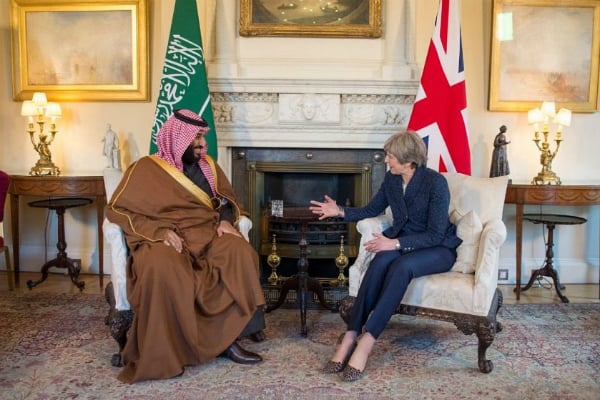 Saudi Arabia is the world’s top oil exporter. Prospects that it and top producer Russia could boost output have put downward pressures on prices.

“Prime Minister May and the crown prince noted the importance of stability in the oil markets, which they said was in the interests of both consumers and producers,” a statement said. They spoke by telephone on Saturday.

The two, who met in London earlier this year, also discussed nuclear deal between global powers and Iran, which Britain is committed to despite a U.S. decision to withdraw.

“The Prime Minister emphasised the UK’s commitment to (it)… as the best means of preventing Iran acquiring a nuclear weapon,” May’s office said.

“But they agreed on the need to tackle Iranian destabilising activity in the [Middle East] region. As part of this the Prime Minister noted the importance of cooperation between their two countries to protect Saudi Arabia from ballistic missile attacks.”