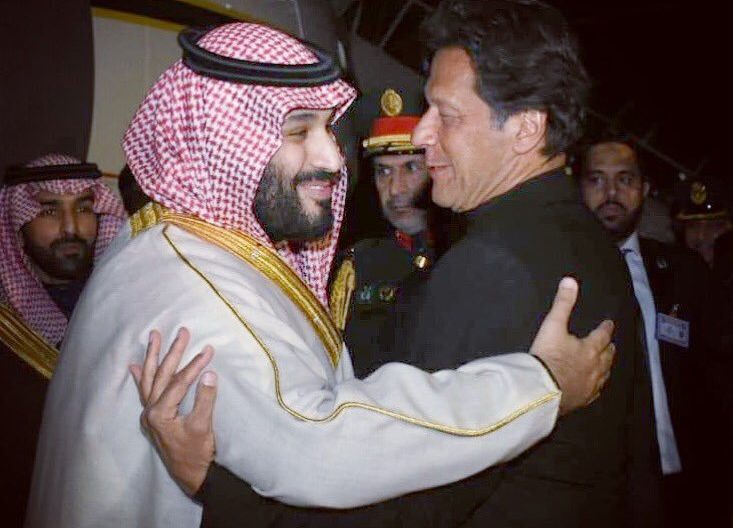 Saudi Arabia’s Crown Prince Mohammed bin Salman ordered the release of 2,107 Pakistani prisoners held in the kingdom during his visit to Pakistan on Monday.

The prisoner release came after Prince Mohammed announced investments of $20bn in Pakistan, pledging to help the struggling country even more in the future.

“It’s big for phase one, and definitely it will grow every month and every year, and it will be beneficial to both countries,” said the Crown Prince.

“We have been a brotherly country, a friendly country to Pakistan. We’ve walked together in tough and good times, and we (will) continue.”

The Pakistani Prime Minister personally drove the Prince Mohammed to the capital Islamabad after giving him a red carpet welcome.

“Saudi Arabia has always been a friend in need, which is why we value it so much,” said Khan, while seated next to Prince Mohammed. “I want to thank you for the way you helped us when we were in bad situation.”