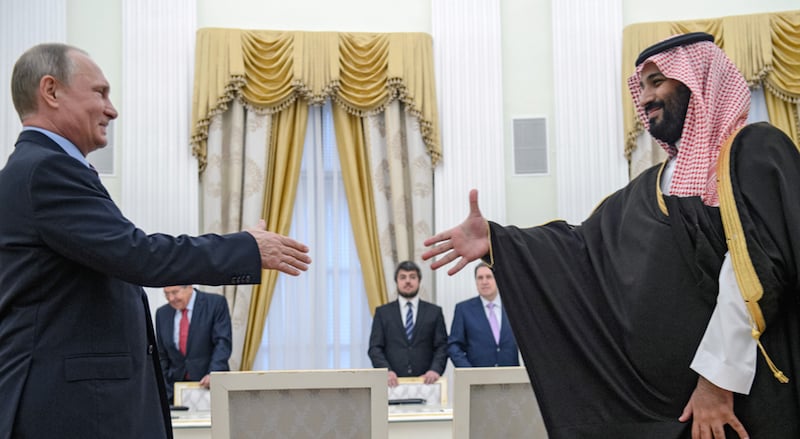 Prince Mohammed, who was invited by Russian President Vladimir Putin, will also be attending the first match later this evening between Saudi Arabia and Russia.

The two leaders are planning to also hold an official meeting to discuss the OPEC oil deal on Thursday, the Kremlin said.

The meeting comes ahead of next week’s OPEC meeting, where the countries will decide on the oil production deal.

OPEC and its allies are looking at a number of options around pumping more oil, including a token increase and delaying the start of any production boost, OPEC delegates say.

However, at least three OPEC members disagree with Saudi Arabia and Russia on the need to pump more oil, OPEC sources told Reuters.

After almost 18 months of an OPEC and non-OPEC deal to cut production, Saudi Arabia and Russia have said they are prepared to pump more to calm consumer worries about supply and prices, which hit $80 a barrel, the highest since 2014.

But Iran, Venezuela, Iraq and smaller producers in the 14-member Organization of the Petroleum Exporting Countries disagree. Producers meet on June 22-23 to set policy.