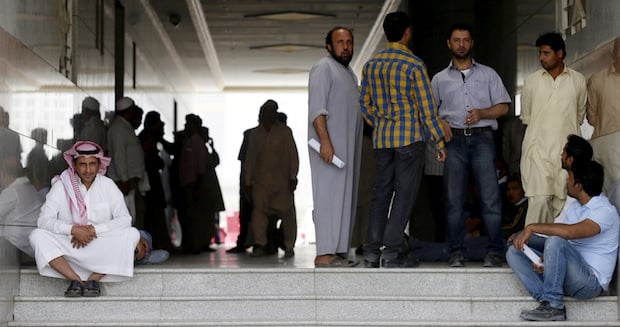 A crackdown by Saudi authorities on illegal workers and residents has resulted in almost 100,000 further arrests over the last week.

Authorities said over the weekend a total of 2.096 million people had been arrested under the campaign, which began roughly a year ago.

This was up from around 2 million the previous week.

A further 35,478 people were arrested while attempting to cross the border into the kingdom, the majority of which were Yemeni and Ethiopian citizens.

In addition, 2,985 foreign residents and 848 citizens were arrested for accommodating or transporting those found in violation of the laws.

A total of 13,536 people recently arrested are still being processed, 301,018 are awaiting travel documents to leave the country, 366,851 are completing other travel formalities and 54,107 have been deported.

The crackdown on illegal residents and workers coincides with the introduction of new Saudisation rules in the retail sector, which have seen hundreds of thousands of legal foreign workers leave the country in recent months.