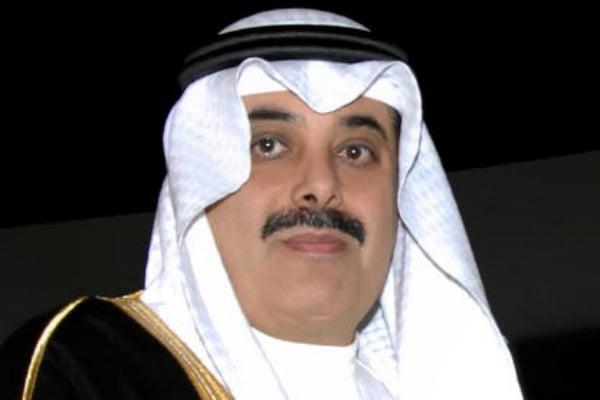 A Saudi court has approved an application by detained and indebted billionaire Maan Al Sanea and his company, Saad, to have their case resolved through the kingdom’s new bankruptcy law, the company’s financial adviser and two sources familiar with the matter told Reuters.

The ruling in February could provide a resolution to one of the kingdom’s longest-running debt sagas.

Saad, with interests from banking to healthcare, defaulted together with another conglomerate, Ahmad Hamad Al Gosaibi and Brothers (AHAB), in 2009, leaving banks with unpaid debts of about $22bn.

Creditors have spent the past 10 years pursuing Saad, which is based in the city of Khobar in Saudi Arabia’s Eastern Province, for claims that some observers familiar with the case last year estimated at between $11bn and $16bn.

“This is a landmark step for all stakeholders since 2009,” said Ahmed Ismail, the chief executive of Reemas Consultants, which was appointed as Saad’s financial adviser in late 2017 to find a settlement with creditors.

“The regional and international creditors represent more than 85 per cent of total debt, some of whom advised filing under the new bankruptcy law,” he said.

“Given that it is more or less aligned with regional and international commercial law practices, the probability of its success is much higher.”

A commercial court in Dammam last month approved an application for financial reorganisation under the terms of the Saudi bankruptcy law and appointed an independent trustee to oversee the process. Such decisions are not made public.

The trustee, Saleh A. Al Naim, sent a notice to creditors – seen by Reuters – announcing the beginning of the financial reorganisation proceedings, and asked them to submit their claims within 90 days.

Saad’s filing is among the first to be accepted under Saudi Arabia’s bankruptcy law, which came into effect last August and is part of the Saudi government’s efforts to make the Arab world’s largest economy more attractive to investors.

Until last year the main options for debt defaults were liquidation or cash injections. The law provides more options and regulates procedures such as settlements and liquidation.

Sanea, ranked by Forbes in 2007 as one of the world’s 100 richest people, was detained in Khobar in 2017 for unpaid debts dating back to 2009 when Saad Group defaulted.

“In addition to strengthening investors’ confidence with the local market, the new law will raise the value of the debtors’ assets, since they will not be obliged to sell for low prices through an enforced liquidation,” Ismail said.

“The realised value of the last three auctions was at 30 per cent of market value in a normal buyer-and-seller market, which would have significantly jeopardised the recovery ratio for all creditors.”

AHAB, the other defaulted conglomerate, applied to begin a “protective settlement procedure” under the bankruptcy law, but in January the Dammam commercial court rejected the filing saying the company had not provided all the information needed as part of the law and its regulations.