Saudi could host Formula One race by 2021 - report | UAE News 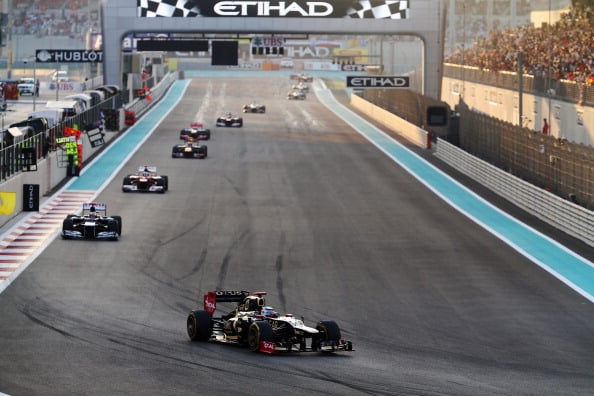 Saudi Arabia and Formula One are discussing the possibility of holding a race in the country, and team bosses have been asked for an opinion, sources said on Tuesday.

The Times newspaper reported that Formula One and the 10 teams would seek reassurance on issues including human rights, gender equality and media freedom before any race could happen.

Multiple informed sources confirmed to Reuters the substance of the report.

They added, however, that Formula One had discussions with many would-be hosts around the world which ultimately came to nothing.

The Times suggested a Saudi race could become a reality as soon as 2021, with the schedule already expected to stretch to a record 22 races in 2020.

Formula One and the teams are discussing major sporting and technical rule changes from 2021 and Ferrari boss Mattia Binotto said in Hungary at the weekend that could see an expansion to 24 races.

A Formula One source said that was more to allow flexibility, replacing the existing rule that states teams must agree to expand the calendar beyond 21 races rather than being a target number.

Should the talks with Saudi Arabia move up a level, the kingdom would likely be looking at a third regional slot.

This year, Bahrain was the second round of the season after Australia, while Abu Dhabi will be the final round in early December.

Any Saudi race would likely need to be separated from the other two regional rivals to protect their investment and the uniqueness of the event.

Formula One is broadcast live and free-to-air in the Middle East and North Africa region under a five-year deal struck last March with MBC Group, founded by Saudi businessman Waleed al-Ibrahim.

The rights previously belonged to Qatar’s BeIN media group, which blamed broadcast piracy of its pay TV feed as a reason for not renewing.

Saudi Arabia already features on the all-electric Formula E calendar and hosted its first race last year on a street circuit at Ad Diriyah, near Riyadh.

Saudi companies have been involved in Formula One in the past, with Albilad and the national airline Saudia sponsoring Williams to their first title in 1980.

Formula One’s U.S.-based commercial rights holders Liberty Media have stated already that they want to add races in the United States, with Miami in line to join the U.S. Grand Prix in Austin, and China — both key markets for the sport’s growth.

There have also been talks with Argentina, South Africa and Morocco, with Africa the only major inhabited continent currently without a race.

Europe, the sport’s historic heartland, currently has 11 rounds of the championship when Russia and Azerbaijan are included.