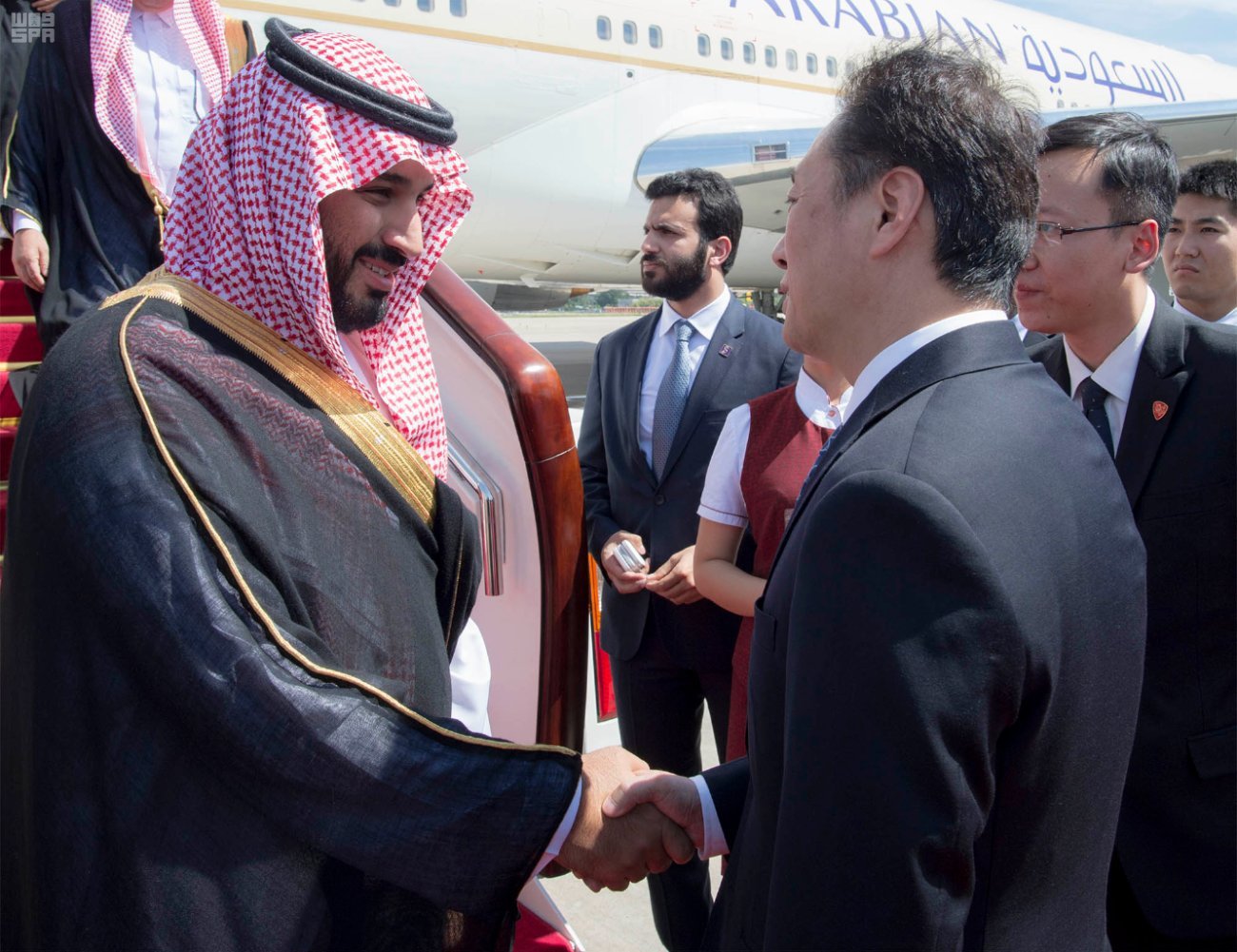 A number of deals have been signed between Saudi and Chinese firms following Deputy Crown Prince Muhammad Bin Salman’s arrival in Beijing on an official visit yesterday.

The prince is expected to have several bilateral meeting with Chinese leaders during his three-day visit and will attend the first session of a Saudi-Chinese Higher Committee.

The deals included a MoU signed between the Council of Saudi Chambers and China Council for the Promotion of Trust and International Trade.

Seven others were also signed between Al-Ajlan Group, Al-Jabr Holding, Al-Jeraisi Group and others with their Chinese counterparts, according to Saudi media reports.

These were described by minster of commerce and investment Majid Al-Qasabi as being related to energy, technology, services, human resources and development.

The trip is considered an opportunity for Prince Salman to draw attention to the country’s Vision 2030 diversification plan.

Yesterday, Saudi officials highlighted links between the plan and China’s One Belt, One Road initiative, which envisions China playing a larger role in the international arena via infrastructure projects stretching from Asia to the Middle East, Russia, Eastern Europe and Africa.

Khalid Al-Falih, Saudi’s minister of energy, industry and mineral resources, said energy would not be the sole theme of economic relations between the two countries and urged Chinese businesses to invest in the kingdom’s industrial sector.

He particularly highlighted opportunities in mining, petrochemicals and the automotive, home appliance and technology industries.

“This sector is open for foreign investors and will be opened wider in the future,” he said, detailing plans to raise the contribution of mining to Saudi’s GDP.

Prior to his arrival in Beijing, the prince stopped off in the Pakistani capital Islamabad to meet Prime Minister Nawaz Sharif and will later travel to Japan.