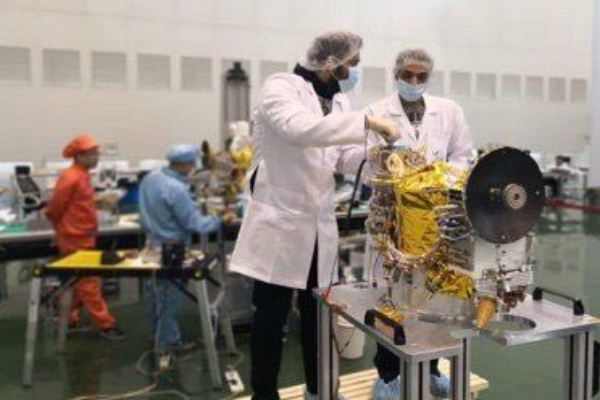 Saudi Arabia is cooperating with China for a project to explore the far side of the moon, the kingdom’s press agency said on Monday.

The cooperation deal follows a memorandum of understanding signed by the two countries during a visit by Saudi monarch King Salman in March last year, according to Saudi Press Agency (SPA).

Under the plans, a Saudi team of researchers from King Abdulaziz City for Science and Technology developed a payload for a space censoring system intended to film and photograph the moon on a Chinese satellite.

The payload, which had to be built with a capacity of less than 10.5 cu.cm and weight of less than 630 grammes, was developed in less than a year.

The Saudi-China joint venture aims to study and explore the moon, particularly its far side, and provide scientific data for researchers and specialists.

The Saudi payload’s contribution includes photographic units, data processing, the mediator between the satellite systems and the payload system

It will take photos from different angles and altitudes based on the lunar orbit.

“Prince Turki bin Saud noted that the city follows a systematic approach according to the national system for science and technology to reach the state-of-the-arts levels in these diversified sciences, including the Saudi space field which covers satellites and their applications, exploration of space, establishing an advanced space program to match with the Kingdom’s vision 2030,” according to SPA.