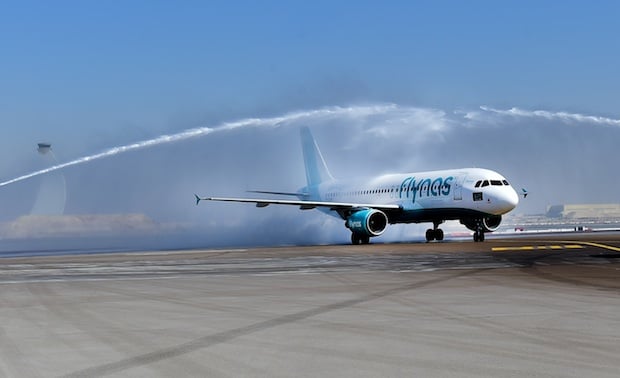 Saudi low-cost carrier flynas has started operating a new flight route between Dammam and Abu Dhabi, it announced on Monday.

An Airbus A320 aircraft with business and economy seats will operate the route.

The launch of the new route is aimed at strengthening flynas’ network of international flights, it said.

Bander Al-Mohanna, CEO of NAS Holding, said: “The provision of new flights between the kingdom and the UAE demonstrates flynas concern to cover a wider range of international destinations, while making a major contribution to the support of the economy and tourism growth.

“While we seek to consolidate of our place in the Gulf market, we take care of choosing the flight times that suits everyone. Furthermore, we firmly believe that these flights will encourage people desire to travel between the two countries, and stimulate investments and joint projects, in the light of the increase in movement of travellers.”

The airline, which is hoping to post its second consecutive full-year profit in 2016, has added 15 new destinations to its flight network in 2016.

It has also acquired an authorisation to operate out of Abha Airport as a regional airport in the southern region.

Flynas, which is reportedly mulling a major aircraft order in the near future, has increased its fleet size to 29 since its launch in 2007.