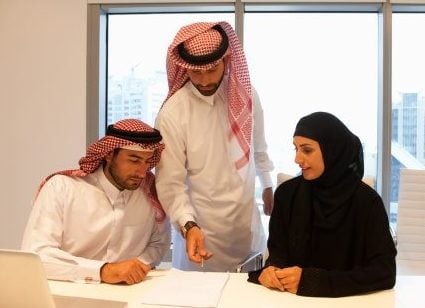 In an announcement on Twitter late on Thursday, the ministry said the cabinet had delayed its decision in light of feedback from business owners. It did not elaborate or say when a decision would be made.

Authorities face a dilemma as they try to boost private sector employment in a period of low oil prices, which are straining state finances and threaten to slow the economy.

Most Saudi workers are in the public sector, which offers generous conditions such as a 35-hour work week plus big pensions and health benefits. Most private sector jobs are held by 10 million foreign workers.

To reduce the burden on the public sector and curb the number of foreign workers, the government has been considering a proposal to lure more Saudis into private companies by limiting the working week to 40 hours, down from 48 in many firms, and increasing the weekend to two days from one.

But much of the business community has argued that the move would hurt the economy by raising companies’ costs, deterring investment and possibly forcing companies to make up for the shorter work week by hiring more foreigners.