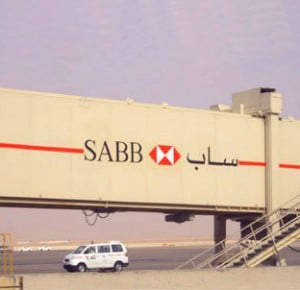 Saudi British Bank (SABB) posted a bigger than expected 24.4 percent rise in fourth-quarter net profit, with its loans portfolio, customer deposits and earnings from special commissions all rising over the year.

Saudi Arabia’s fourth-largest listed bank said in a bourse filing on Monday it made SAR815 million ($217.3 million) in the last three months of 2012 compared to SAR655 million in the last quarter of 2011. It cited higher operating income and a decrease in operating expenses for the rise.

Total operating income in Q4 was SAR1.23 billion, an improvement of 9.5 per cent over the same period of 2011.

Nine analysts surveyed by Reuters had forecast it would earn a net profit of SAR771.7 million.