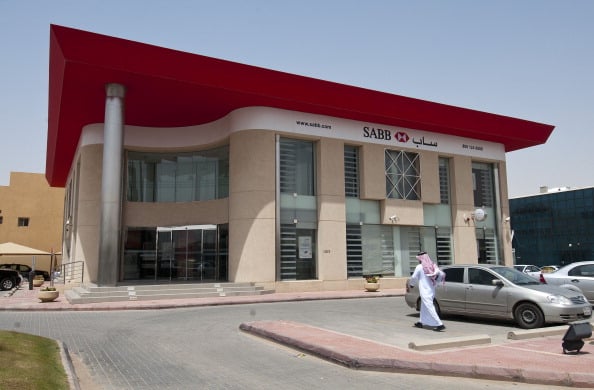 Saudi British Bank (SABB), an affiliate of HSBC Holdings, is aiming to sell an Islamic bond by year-end to strengthen its capital base, two banking sources aware of the matter said on Monday.

HSBC is advising SABB on the potential riyal-denominated sukuk issue to boost its Tier 2 capital position, the sources said, declining to be identified as the matter is not public.

SABB’s total capital ratio – combining core Tier 1 and supplementary Tier 2 capital – was one of the lowest among banks in the kingdom at the end of June, at 14.78 per cent.

It was still well above the minimum capital adequacy ratio – a key benchmark of a bank’s financial strength – required by the Saudi Arabian Monetary Agency of eight per cent.

“SABB’s capital adequacy ratio is adequate but it’s at the lower end of the Saudi spectrum,” said Jaap Meijer, director of equity research at Dubai-based Arqaam Capital, adding the value of an existing subordinated sukuk to the bank’s capital ratio was also diminishing as it moved towards maturity.

SABB, the kingdom’s third-largest listed lender by market value and 40 per cent owned by HSBC, declined to comment.

Saudi banks are well capitalised compared to their Western counterparts but strong loan growth fuelled by a massive government spending programme has put downward pressure on their capital position.

Lending to the private sector grew by 16.5 per cent year on year in May, the fastest rate since February 2009, according to central bank figures.

SABB has sold a Tier 2 sukuk once before. In March 2012, it completed a 1.5 billion riyal ($400 million) five-year issue which priced at 1.2 per cent over the Saudi interbank offered rate (Saibor). HSBC Saudi Arabia also arranged that transaction.

Given the amount of liquidity local investors have to deploy, a sukuk offering from one of the kingdom’s biggest banks is likely to draw heavy demand.

That should also bring an interest rate attractive to the lender, with a separate Saudi banker remarking that pricing between a regular sukuk and a capital-boosting issue wouldn’t be much different – meaning it made sense to sell the latter to raise funds and augment its financial strength at the same time.

Standard & Poor’s raised the outlook on SABB’s A rating to positive from stable in June on the back of a similar move for Saudi Arabia’s country rating, citing the high level of likely sovereign support for the lender should it get into difficulty.

The Saudi government owns 9.5 per cent of SABB, according to Thomson Reuters data.