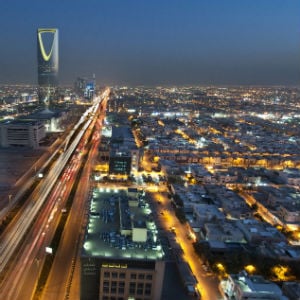 “The liquidity levels imply $5billion – $6 billion of trading everyday on the Saudi market, which shows that the Gulf investor, at least the Saudi one, strongly believes in his own economy,” he told Gulf Business on the sidelines of PEI Capital Connect Conference.

According to Arbid, there are several opportunities in public and private markets in the Kingdom.

“Saudi is now in a great shape,” he said. “King Abdullah didn’t wait for Arab Spring to start his reforms and the political and economic reformsstarted much before the unrest. So now, the earning growth of corporations has increased, and a number of government programmes are also boosting consumerspending,” he said.

Arbid’s comments were echoed by other private equity players in the region.

Dubai-based private equity firm Abraaj Capital is also focusing on deals in Saudi Arabia, according to Ahmed Badreldin, senior partner at the firm.

“We are looking at three investments in the defensive sectors in Saudi Arabia. The equity contribution in those deals would be between $100 to $150 million each,” he said, adding that one of them would be completed in the next three to four months.

Abraaj has also launched a $2 billion company in the Kingdom with 100 per cent Saudi shareholding, which will focus on varied assets in large and small cap private equity and real estate, he said. “But the company is less likely to focus on government infrastructure projects,” he added.

“We are seeing very good deal flow in Saudi Arabia. I also think there are moreinteresting deals coming up versus two years ago, so the quality of deals is better,” said Badreldin.

“But the issue is ‘when does the deal close.’ Things take a long time to get done,” he added.

Arbid also agreed that due diligence for a deal takes a long time in the Kingdom. “Anywhere else you can close a deal in three months, but in Saudi its probably more a seven to eight month thing,” he said.

“It’s the Arab mentality, people take time to decide. Especially if you are buying a stake in the firm as opposed to buying the entire company, the investment decision has to be a very patient one,” he said.

However, one thing which accelerates the process is being indigenous, he said. “And by indigenous I don’t mean in the region, I mean in Saudi Arabia. To do the deals, you should have a Saudi local in your team to speak the language of the Saudi dealmaker,” said Arbid.

“We have done 25 per cent of all private equity deals of all firms in Saudi Arabia – Amwal alone – because we are local,” he added. The company also has an IPO lined up for one of its Saudi travel and leisure assets this year.

The challenge of dealing with the local environment is one of the reasons that the bulk of international equity players have hesitated from entering the market.

The Overseas Private Investment Corporation (OPIC) is a US government agency that manages the US’s private investment into emerging markets. While OPIC has increased its investments in the MENA region in the last ten years, its primary focus in the region has been on the Levant.

“I don’t think we have any current exposure to Saudi,” said Jay L Koh, OPIC’s head of Investment Funds and chief investment strategist.