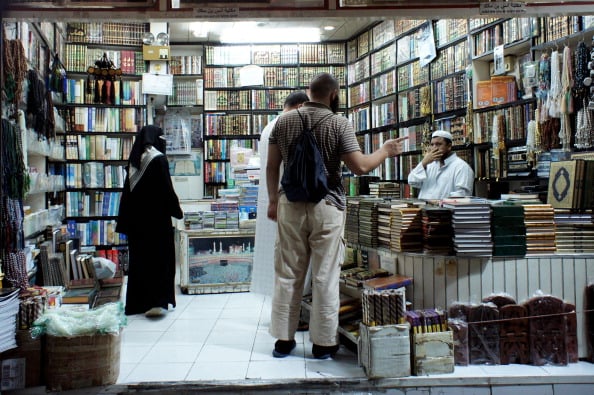 Saudi Arabia-based bookstore chain Jarir Marketing Co plans to expand the number of its stores by at least 70 per cent in the next five years to take advantage of the Gulf region’s rapid population growth.

The kingdom’s largest listed retailer plans to spend 120-150 million riyals ($32-40 million) a year, or about 20 per cent of retained earnings, on the expansion, chairman Muhammad al-Agil told the Reuters Middle East Investment Summit on Monday.

“It’s low-hanging fruit … We are growing in Saudi and in the Gulf, and we want to see that we populate the GCC,” he said, referring to the Gulf Cooperation Council, which also includes the United Arab Emirates, Kuwait, Qatar, Bahrain and Oman.

“Between Saudi and the GCC, it will allow us to (almost) double our size in the coming five years.”

The company has grown from a single store on a Riyadh street in 1979 into a chain with 32 stores in the kingdom. It sells books and office supplies, and has also become a major electronics retailer.

For the next decade or so, population growth may support Jarir’s growth almost regardless of fluctuations in oil prices.

The GCC’s population is projected to climb by 30 per cent over a decade to more than 50 million in 2020, according to the Economist Intelligence Unit. Most of the 27 million people of Saudi Arabia, the largest Arab economy, are under the age of 30.

“The growth in consumer numbers means growth for a long time. There are a lot of young people,” said al-Agil, who co-founded the chain with his family.

He predicted the company would have more than 55 stores by 2017, which would roughly double its sales volume.

The firm expects to open about 80 per cent of its new stores in Saudi Arabia and says it already owns most of real estate needed for this expansion – an important advantage in a country where rising land prices have often crimped development plans.

The company’s stock price has risen 10 per cent so far this year, outperforming a 4 per cent gain for Saudi Arabia’s main stock market index.

Stocks focused on domestic demand have outperformed this year as concern about the shaky global economy dampens stocks with major international exposure, such as petrochemicals.

In 2009, al-Agil said Jarir would consider expansion in North Africa after 2012, with Egypt a primary target. But he delayed those plans in 2011, after Egypt and other countries in the region were hit by the Arab Spring uprisings.

Given the boom in the Gulf, al-Agil said, Jarir is not in a hurry to move into North Africa.

“We just keep looking at it and delaying it because we have the opportunities to open here … We have not finished in the GCC.”