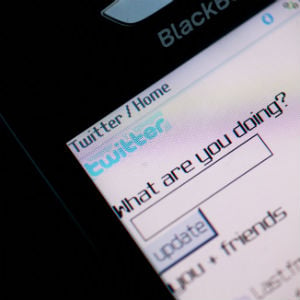 Malaysia deported a Saudi Arabian blogger on Sunday, police said, despite fears voiced by human rights groups that he could face execution in his home country over Twitter comments he made that were deemed insulting to Prophet Mohammad.

Hamza Kashgari, a 23-year-old columnist, sparked outrage in the kingdom with comments posted a week ago that led some Islamic clerics to call for him to face the death penalty.

Kashgari fled the country, but was arrested by police in Malaysia on Thursday as he transited through Kuala Lumpur international airport.

“The Saudi writer was repatriated to his home country this Sunday morning,” a police spokesman told Reuters. “This is an internal Saudi matter that we cannot comment on.”

“Saudi clerics have already made up their mind that Kashgari is an apostate who must face punishment,” Christoph Wilcke, senior Middle East researcher at Human Rights Watch, said in a statement on Friday.

“The Malaysian government should not be complicit in sealing Kashgari’s fate by sending him back.”

Kashgari’s lawyer in Malaysia, Mohammad Noor, told Reuters by telephone that he had obtained a court order to prevent the deportation, but had not been allowed to see his client.

“If the government of Malaysia deports him to Saudi Arabia, disrespecting the court order, this is clearly contempt of court, unlawful and unacceptable,” he said.

The Star newspaper quoted Home Minister Hishammuddin Hussein as saying that Kashgari had been repatriated and that the charges against him would be decided by Saudi authorities.

“Malaysia has a longstanding arrangement by which individuals wanted by one country are extradited when detained by the other,” he was quoted as saying.

Blasphemy is a crime punishable by execution under Saudi Arabia’s interpretation of Islamic Shariah law. It is not a capital crime in Malaysia.