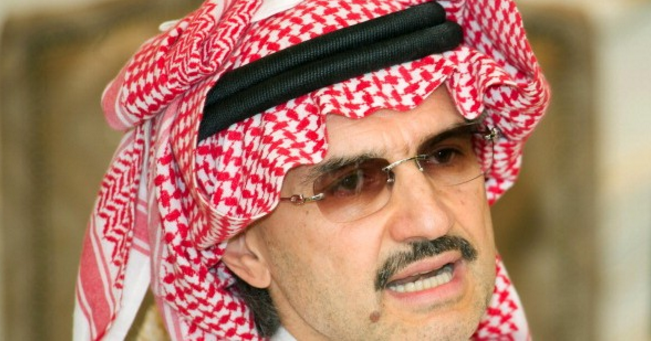 Taking to Twitter – in which he owns a stake – Prince Alwaleed called Trump a “disgrace” to his country over the American’s comments calling for the ban of all Muslims into the US.

“You are a disgrace not only to the GOP [Republican Party] but to all America. Withdraw from the US presidential race as you will never win,” he wrote on the microblogging site.

However Trump was quick to retaliate, stating on Twitter: “Dopey Prince Alwaleed wants to control our US politicians with daddy’s money. Can’t do it when I get elected.”

Trump has faced a severe backlash in the Middle East where he previously enjoyed some support.

“I view him as the biggest enemy of Islam. He is a man supporting ISIS [Islamic State of Iraq and Levant]. We have common enemy in the world and that is ISIS. And Trump is now encouraging them, this is what they want to hear,” Habtoor told CNN in an interview last week.

He also told NBC News: “I’m sorry I ever supported [Trump]… When he was talking about Muslims, attacking them … I had to admit I made a mistake in my supporting Mr.Trump. He is creating a hatred between Muslims and the United States of America.”

According to reports Dubai property developer Damac, which has a partnership with the Trump Organisation for a golf course and branded residences, has pulled his name from the development’s name. However the company said last week that it would continue with the deal.