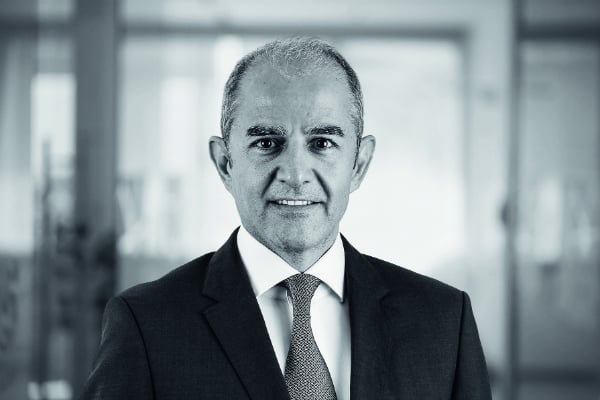 For the GCC’s luxury brands, these are challenging times, observes Selim Chidiac, chief executive of the L’azurde Company for Jewellery, in a nod to the industry’s waning sales growth.

“We’re hoping for the best over the next 12 months, but we’re also ready for a tough year,” he says.

Riyadh-based L’azurde – the Middle East’s largest jewellery player – has shown itself to be good in a crisis. In the wake of the global financial crash, as luxury lost its lustre among buyers and gold spiked to $1,800 an ounce, L’azurde doubled its share of the Saudi market to 30 per cent.

Under Chidiac’s steer – the former Red Bull director took the reins in 2010 – the business moved from breaking even to showing a $26.8m profit in 2015. In 2016, as the oil price slump squeezed Gulf economies, it became the first retail company in more than a year to list in Riyadh. The IPO raised $127m, and was more than nine times oversubscribed by institutional investors and three times oversubscribed for the individual tranche.

“The team we have now is one which took the company from zero to 100,” says Chidiac. “But what brought us here will not take us through the next five years. We’ll need to do things differently.”

Firms across the Gulf are rethinking the path ahead. Saudi, the trade bloc’s wealthiest member, is grappling with an economic overhaul that has seen state spending and subsidies shrink. Both point-of-sale transactions and ATM cash withdrawals in the kingdom – a proxy for retail sales – were down year-on-year in November, and consumer spending is forecast to slow to between 2 and 3 percent to 2018.

Even Dubai, the GCC’s most diversified market, saw growth slow to 2.7 per cent in 2015 – down from 4 per cent in the previous year – amid low oil and sluggish global trade.

L’azurde has not been immune to the pinch. Gross profit in 2016 was 28.1 per cent down on the year, though the firm defended a margin of 60.2 per cent. Nevertheless, Chidiac remains bullish on its outlook.

“We’ll be aggressively working to grow our profits over the coming years,” he says. “The top line may be challenging in 2017, but we’ll be aggressive on cost control and cuts, on diversifying the brand by bringing in new brands and designs, and in expanding our retail. We believe L’azurde is a mid to long-term story.”

From its launch in a small workshop in Riyadh in 1980, L’azurde is today the Middle East’s biggest manufacturer and distributor of gold jewellery with a 2,000-strong workforce. Its wholesale arm, which generates 80 per cent of revenues, sells into more than 20 countries globally, while its chain of 25 stores in Saudi, Egypt and the UAE peddles largely diamond jewellery to mid-end buyers.

Prices span from roughly $400 for a ring, to $500,000 for an elaborate wedding set – “We don’t sell too many of those,” says Chidiac – yielding around a 30 per cent premium compared to other, rival jewellers. 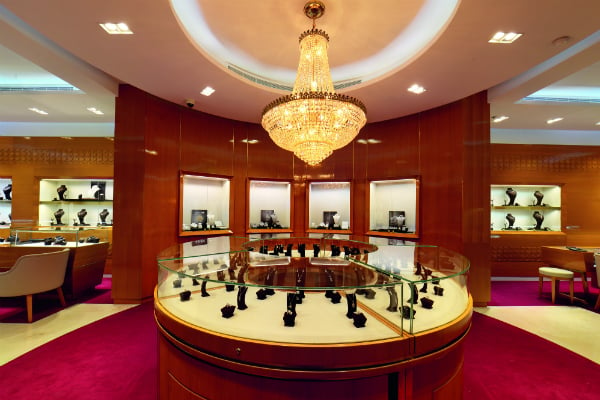 “We defend that by offering better, more intricate designs and investing heavily in technology so we can differentiate our brand,” explains the CEO. It’s an approach that sees the firm sell upwards of 1 million pieces of jewellery a year.

L’azurde was privately held to 2009, after which a consortium led by Bahrain’s Investcorp snapped up a majority share.

For Chidiac, the firm is well placed for lean times. The radical shake-up of L’azurde imposed before it listed is also designed to keep it in the black in a tough economy.

Top of the changes was a ruthless revamp of stock, which saw it strip out unprofitable collections and tweak its positioning to court new customer demographics. One tactic, introduced during gold’s safe haven run, saw L’azurde use a lower weight of gold in some of its jewellery to cater to more cautious consumer spending. Chidiac also brought in outside designers to perk up its portfolio, helping to generate buzz around its products and cultivate new followings.

This broader range, backed by the company’s distribution muscle – L’azurde sells to more than 2,000 retailers – was key to its ability to weather the last downturn.

“We gained market share through our ability to produce jewellery at a very low weight, at a price point appealing to consumers,” says Chidiac.

“This, along with a review of our distribution – we expanded to more profitable markets and customers – ensured we grew the business.”

Quality control is another focal point. Behind the glossy branding and fleeting fashion trends, Chidiac has brought a machine-like discipline to the selling of jewellery. On a daily basis, L’azurde’s workforce is issued with performance targets on products, sales, profit margins and more. The premise, says Chidiac, is that what gets measured, gets done – and the trick has paid off. In 2016, L’azurde saw a 21.7 per cent fall in general and administrative costs.

There are, however, casualties in restructuring. In the five years to its IPO, the company had a staff turnover of roughly 30 per cent. While an infusion of new blood has brought fresh ideas, L’azurde is also keen to retain its roots.

“It’s a delicate line to walk,” admits Chidiac. “To develop a company, you need new ideas – but you also need people who know the business inside out. You need both to build for the future.”

Setting the stage for growth also means knowing when to cut and when to invest. L’azurde plans to more than double its retail footprint over the next three years, from 25 to between 50 and 70 stores, primarily in GCC markets and Egypt. The company is also on the hunt for acquisitions or a possible merger. Chidiac is tight-lipped on potential targets, but says any deal would aim to grow the L’azurde brand outside its domestic strongholds of Saudi Arabia and Egypt.

“We have a few potentials here within the region, but we need the right target at the right price,” he says. “M&A is not a magic bullet.”

Also on the cards are new product lines, and a push into new market niches. Among the company’s new forays is a diamond jewellery line, Kenaz, with a more modest price point of between $160 and $320, currently sold via a clutch of standalone kiosks in Saudi Arabia. This year will see it rolled out across the GCC.

L’azurde has another ace in its sleeve for riding out current economic fluctuations – 14-carat gold. As a buffer to sliding consumer spending, the company has introduced lower purity trinkets in a bid to keep buyer demand high. Cheaper than the 21 and 18-carat gold traditionally favoured by customers in the Middle East, L’azurde hopes these pieces will prove popular with younger, and less affluent shoppers.

“We are the only company in the region today making, producing and selling 14-carat jewellery,” says Chidiac.

“It’s a competitive edge for us. For the first time, we are now becoming a multi-brand jewellery house.”

Technology also brings an edge in difficult times. L’azurde funnels between 3 and 4 per cent of its revenues back into R&D a higher rate than some countries. It lays claim to having the biggest bank of 3D printers of any jewellery company in the region, a benefit that is two-fold. Not only can the printers churn out prototype casts at a faster rate, the designs are more intricate than those produced manually, making them harder – and in some cases impossible – for rivals to copy.

The printers have shored up Chidiac’s efforts to speed and streamline production – so much so, he is already eyeing a new-generation laser printer able to directly produce not only casts, but also gold jewellery pieces themselves.

“3D printing will significantly change the industry – it has already,” he says.

“Production is more efficient and less labour-intensive, and that’s good news for the bottom line, but we’ll always require craftsmanship.”

Underpinning this blueprint for growth is marketing. L’azurde’s strategy is to spend well – to the tune of 4 per cent of annual revenues – and deftly, using a mix of glossy advertisements, celebrity ambassadors and digital flair to fend off brand fatigue.

Its latest tie-up with Emirati-Yemeni singer Balqees Fathi – who donned bespoke L’azurde diamonds for her December wedding – gave the brand a direct line to GCC youth, courtesy of her 5.5 million Instagram fans and 1 million Facebook followers.

“Some 30 per cent of our product line changes every year, so we need to communicate that. Brand awareness is critical, and we constantly analyse what we do,” Chidiac says.

The luxury market is notoriously cyclical, rising and falling in tandem with consumer confidence. As the oil slump bites and Gulf governments tighten their belts, so too do formerly free-spending customers.

L’azurde is playing a longer game. As GCC states reposition their economies, so the company is getting in line with new market realities, says Chidiac. And he is optimistic for the future.

“The GCC is undergoing a significant shift at the moment, and there is a rush to diversify economies,” he says. “These are bold moves, and I believe they will deliver. But we have to be patient.”

A similar approach is needed for L’azurde, he notes. “In five years, the company will look quite different. I expect we’ll have a strong third market outside Saudi and Egypt, and we’ll be a multi-brand company.

“We’ve taken a hit in recent months, but L’azurde is not a short-term stock,” he adds. “I’m confident that as we grew in the past, we will grow again. We just need time.”