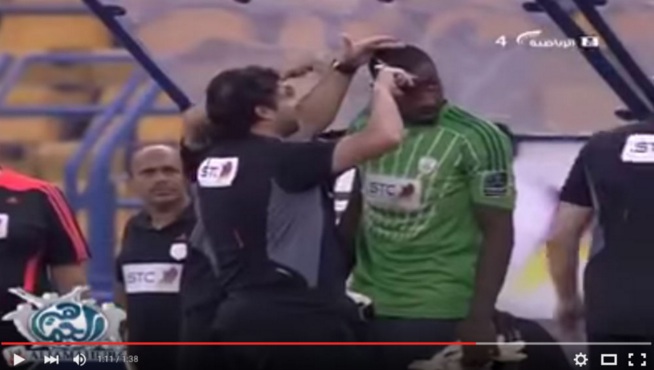 A YouTube video posted on Friday April 9 showed Al Shabab goalkeeper Waleed Abdullah being given a last-minute haircut before a match to comply with Saudi Football Federation guidelines.

In the clip, the referee is seen removing a small Mohawk on the the player’s head with scissors before allowing him on the pitch.

This followed a decision by the head of the kingdom’s youth organisation last Tuesday asking sports federations and the Olympic committee to ban the ‘qazaa phenomenon’, an Arabic name for eccentric hairstyles, according to arriyadiyah.com.

A commentator wrote in newspaper Al Jazirah on Friday that the football federation should “impose sanctions” on players whose “bizarre haircuts are imitated by their fans in schools”.