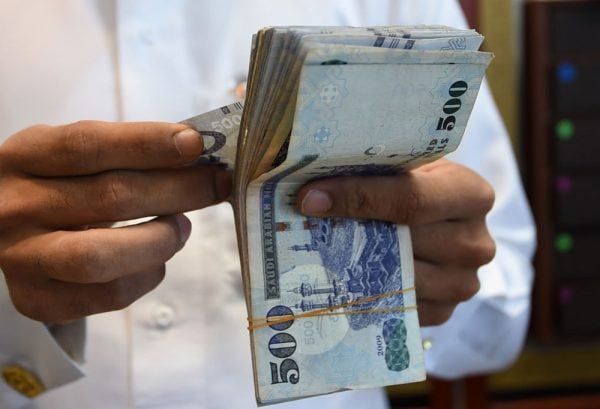 A jump in retroactive Islamic tax liabilities faced by Saudi Arabian banks is creating concern about damage to their earnings and the government’s motives in demanding the money.

While Saudi banks and other firms generally do not pay corporate tax, they are subject to an annual Islamic tax called zakat, a 2.5 per cent levy on each bank’s net worth. Analysts say the way in which this is assessed can be complex and opaque.

In the last couple of weeks, several major banks have disclosed that the government’s General Authority of Zakat and Tax (GAZT) is seeking additional zakat payments from them for years going back as far as 2002. In some cases, the demands exceed half of a bank’s annual net profit.

The banks are challenging the assessments, but analysts said the issue could weigh on share prices in the banking sector, which is expected to attract billions of dollars of foreign investment as Saudi Arabia joins global equity indexes in the next couple of years.

So far, only a few of Saudi Arabia’s 12 listed banks have disclosed retroactive zakat demands, but analysts predicted more would do so as they released full financial statements for 2017 in the coming weeks.

“The additional zakat demanded by GAZT is likely to impact all banks,” said Shabbir Malik, regional financials analyst at investment bank EFG Hermes. “Our understanding is that the final verdict on the zakat issue will be known later this year and we will then have a better idea of the scale of the impact.”

GAZT did not respond to an email from Reuters seeking comment. Analysts said it appeared the new demands stemmed from certain long-term investments, which were previously exempt from zakat, now being deemed liable for the tax.

Some bankers said privately they worried the demands might essentially be a money grab by the government, which wants to raise new revenues to cover a big budget deficit caused by low oil prices.

Last month, Riyadh said it had secured $106bn in financial settlements with detainees in a sweeping crackdown on corruption – a huge windfall for the state. The zakat demands may aim to ensure the banking industry contributes more to national development.

“They changed arbitrarily how they assess the tax base,” said an investment banker at a local bank. “It’s just a way for the government to get more money.”

It said some factors which previously limited its zakat bill had now been disallowed. “These additional demands arose mainly due to disallowance of long-term investments, statutory deposit and financing lease for the purpose of computation of (the) zakat base, which has consequently increased the zakat exposure,” the bank said.

Al Rajhi said it was appealing the demands, but that GAZT had not yet issued an assessment for 2010-16, which could involve significant further exposure.

Riyad Bank’s additional liabilities for 2008-2013 have been assessed at SAR3.54bn, the bank said, around 89 percent of 2017 profit. It said it was contesting the assessment at various levels.

The biggest listed Saudi bank, National Commercial Bank , which is majority-owned by the government, did not mention increased zakat exposure in its 2017 statement.

The Saudi investment banker said the sums involved were not enough to threaten the stability of the banks, and that liabilities might be reduced in discussions with authorities.

“My understanding is that there will be back and forth discussions with the government and the banks, and the tax bill will eventually be reduced.”

So far, the zakat demands have had only a minor impact on share prices. Riyad Bank’s shares are down 0.9 per cent since February 8, compared with a 1.0 per cent gain by the Saudi stock index; Al Rajhi is up 0.8 per cent.

But analysts at Goldman Sachs said in a note to clients: “These additional demands have a negative read-across for Saudi banks given the potential capital impact, and we expect these disclosures to weigh on share price performance.”

The Saudi banker said: “You can’t do this type of thing if you want to attract foreign investment — these are the things that frustrate people.”