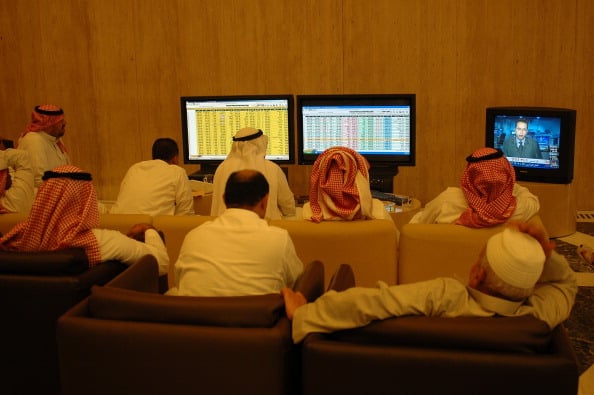 Plans by Saudi Arabia’s biggest bank for a $6 billion initial public offer of shares, the largest-ever equity sale in the Arab world, have run into religious controversy with some clerics suggesting it violates Islamic principles.

“The conflict between religion and the economy in the Kingdom has been negative for a long time, but this will not stop ordinary citizens from participating in the IPO,” said Mazen al-Sudairi, head of research at al Istithmar Capital in Riyadh.

“It contributes 16 per cent of lending activity in the country and it has SAR435 billion ($116 billion) of assets and SAR345 billion of deposits…Bank depositors alone could be enough to cover the IPO several times.”

Nevertheless, the controversy underlines how Saudi Arabia’s conservative brand of Islam can complicate economic decision-making in the Kingdom, which is due to open its $550 billion stock market to direct foreign investment early next year.

Sheikh Abdullah al-Mutlaq, a member of the Council of Senior Scholars, Saudi Arabia’s highest religious body, told state-owned television this week that subscribing to the IPO was not permissible.

In response to a viewer’s question about the share offer, Mutlaq said the bank had too many dealings forbidden by Islamic principles on its balance sheet.

“Religion comes above every thing,” he said.

Some other clerics have reached similar conclusions. Another member of the Council of Senior Scholars, Sheikh Saad al-Khathlan, said the IPO prospectus showed NCB had a high proportion of loans based on interest payments, which are banned by Islam.

A BANK WITH A BEARD

Not all clerics are so negative, however. A former imam of the Holy Mosque in Mecca, Sheikh Adel al-Kalbani, said on Twitter that NCB was similar to Al Rajhi Bank, a major Islamic bank that has already listed successfully on the stock market.

“Poor citizens, they don’t know what to do – if they subscribe, they are told they don’t have faith, and if they do not, they are not patriotic…

“The reality is that Rajhi is the same as NCB, but the former has a beard and the latter does not,” he added in reference to Al Rajhi Bank’s Islamic image.

NCB officials declined to comment on the controversy but the bank said in a statement on Monday that eight banks had completed all necessary procedures to go ahead with receiving subscriptions to the IPO, which is expected to be the world’s second largest this year.

The statement quoted NCB’s chairman Mansour al-Maiman as saying the bank had “clear and sound” strategic plans for coming years.

The IPO will “play an important and influential role in the national economy, and boost the confidence of those who trade in the Saudi stock market, as it will allow additional investment opportunities for Saudi nationals…” he said.

IPOs in Saudi Arabia are generally priced low enough to allow a substantial surge in the stock price after listing, often 50 per cent or more; analysts believe Saudi authorities try to use IPOs to distribute some of the Kingdom’s corporate wealth among its citizens.

“The price is valued lower than other banks,” Turki Fadaak, head of research at Al Bilad Investment, said of NCB’s SAR45 per share offer price.

“The bank is the largest in terms of assets and deposits, and is very attractive economically. I believe people can make a return no less than 30 per cent from this IPO.”

Saudi clerics have criticised some other banks in the past, and religious sentiment has not prevented the development of a strong banking sector in Saudi Arabia, including some institutions which pay interest.

But some parts of the economy have been slow to develop because of religious considerations. Criticism from clerics has sometimes hindered the growth of health insurance and residential mortgages, and women are not permitted to drive, imposing costs on families and businesses.