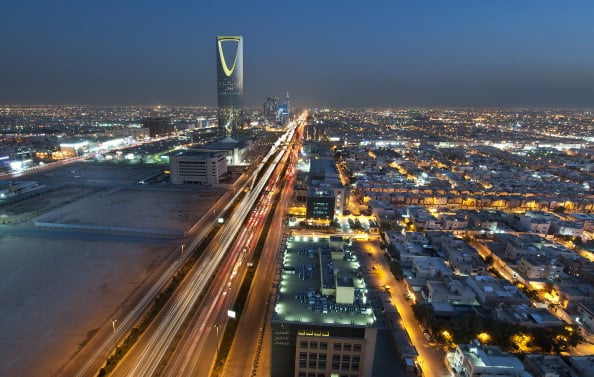 Saudi Arabia’s attorney general has said at least $100bn of funds has been misused through systematic corruption in recent decades as the kingdom continues to make arrests as part of a purge that began this week.

In an update on Thursday, Sheikh Saud Al Mojeb said 208 people had been “called in for questioning” so far. Of those detained, seven have been released without charge.

“The potential scale of corrupt practices which have been uncovered is very large. Based on our investigations over the past three years, we estimate that at least $100bn has been misused through systematic corruption and embezzlement over several decades,” he said.

“The evidence for this wrongdoing is very strong, and confirms the original suspicions which led the Saudi Arabian authorities to begin the investigation in the first place.”

He added that given the scale of the allegations an anti-corruption committee formed on November 4 had a legal mandate to move to the next phase of investigations and suspend personal bank accounts.

Among those arrested as part of the crackdown are businessmen, royal family members and current and ex ministers.

Many Saudis have celebrated the purge, led by Crown Prince Mohammed Bin Salman, but there has been a negative reaction from regional stock markets and some investors.

Arrests in the last two days have included individuals with links to the immediate family of the late Crown Prince and defence minister Prince Sultan bin Abdulaziz who died in 2011, according to reports.

Al Mojeb said that the governor of the Saudi Arabian Monetary Authority had agreed to suspend personal accounts of “persons of interest” but normal commercial activity in the kingdom is not affected and “companies and banks are free to continue with their transactions as usual”.

More than 1,700 bank accounts have been frozen as investigations continue, including those of Saudi citizens in the UAE.

Read: UAE asks banks for information on accounts of 19 Saudis, including Alwaleed

The attorney general refused to disclose the names of any of those questioned.

“The government of Saudi Arabia, under the leadership of King Salman and Crown Prince Mohammed bin Salman, is working within a clear legal and institutional framework to maintain transparency and integrity in the market,” he said.

Those arrested are reported to be held at the Ritz Carlton hotel in Riyadh, which weeks earlier hosted the high-profile Future Investment Initiative conference designed to showcase the kingdom’s diversification efforts.

Bloomberg reports that some wealthy Saudis are moving assets out of the Gulf Cooperation Council region to avoid having them frozen.