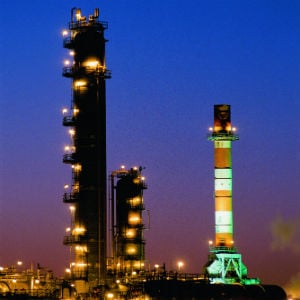 Saudi Aramco plans to invest $35 billion over the next five years in projects to protect an oil production capacity cushion the world still relies on despite a shale oil boom and weak demand, the head of the world’s biggest oil producer said.

“Preserving our spare oil production capacity is crucial to maintaining oil market stability because it plays a pivotal role in protecting the world’s economic health,” Khalid al-Falih told an Oxford University seminar on Sept. 20 in a speech posted on Aramco’s website on Monday.

“So we are continuing to strengthen our oil business to meet the rising call on our oil production; in fact, we plan to invest $35 billion over the next five years in crude oil exploration and development alone to keep our oil production portfolio robust.”

Despite weak demand in Europe, Saudi Aramco has been pumping oil at multi-decade highs of around 10 million barrels per day (bpd) for much of this year, largely to make up for sanctioned Iranian oil, leaving around 2.5 million bpd of capacity.

Saudi Oil Minister Ali Al-Naimi said in June it was unclear whether the kingdom would need to increase its capacity beyond current levels, thanks to uncertain demand and rising supplies of alternative energy sources.

But large investments in new production capacity are still needed to offset declines in older fields if Saudi Arabia is to maintain its key position as the world’s only swing producer over the next decade.

Until the financial crisis began of 2008, expectations of a sustained and rapid rise in energy demand stoked concern among many consumers that Saudi Arabia’s 12.5 million bpd capacity might not provide a comfortable cushion for long.

But supplies of oil have since ballooned at a time of weak demand, with global economic growth potentially taking years to return to pre-crisis levels while efficiency improvements in the transport sector weigh on oil demand further.

“A paradigm shift is underway that is significantly changing the global energy picture from what was commonly perceived only a few years ago,” Falih said at the Oxford Energy Seminar.

“We are seeing downward pressure on demand as life-style and demographic changes take hold, while environmental pressures and government policies (including potential carbon taxes) continue to work against oil in particular and fossil fuels in general.”

The chief executive of the world’s largest oil exporter pointed to increased extraction of unconventional and heavy oils and new conventional oil discoveries around the world as the main drivers of abundant new supplies to the market.

“Over just the past five years, global proven oil reserves have increased by more than 200 billion barrels. That’s like discovering another Kuwait and UAE combined,” he said.