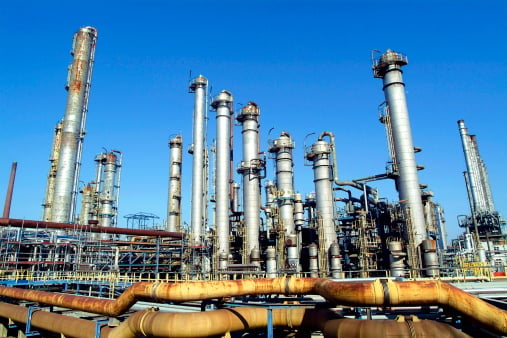 Saudi Aramco has approached banks to finance its $5bn Amiral petrochemical project that the state-owned oil producer plans to develop with France’s Total, five sources familiar with the matter said.

Aramco, the world’s largest crude producer, plans to boost investment in refining and petrochemicals in a bid to cut reliance on crude as demand for oil slows.

Plans for the giant Amiral petrochemical complex in the Saudi city of Jubail were announced in April. It will be located next to the Satorp refinery, which is also jointly owned and operated by Aramco and Total.

Aramco has asked banks to pitch for a financial advisory role and to provide indicative commitments for the financing, two of the sources said.

The companies said this year the facility would comprise a mixed-feed cracker with a capacity to produce 1.5 million tonnes a year of ethylene. It will also have other units producing high-value petrochemicals.

The project, scheduled to start up in 2024, requires investment of about $5bn. The cracker would feed other petrochemical and specialty chemical plants worth $4bn to be built by other investors, taking total investment to $9bn, the sources said.

Project financing generally includes loans covering about 70 to 80 per cent of total investment, with the remainder covered by equity. One source said it was too early to know the exact size of the debt financing as it depended on commitments from banks.

Aramco and Total signed a joint development deal in October for front-end engineering and design of the Jubail complex.

Separately, Aramco has been in talks with banks for its plans to acquire a controlling stake in Saudi petrochemical maker SABIC, a deal which could require up to $70bn in financing.

Nasser has not given a timeline saying anti-trust regulations abroad meant the acquisition would take time.