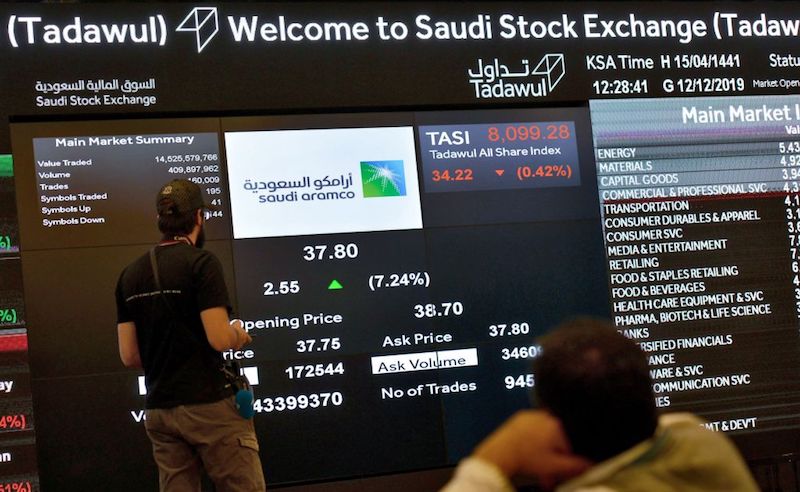 Saudi Aramco shares extended their losses for a fourth session, reversing about half the gains accumulated from the rally following its historic trading debut.

The oil giant’s stocks lost as much as 1.7 per cent on Sunday, before trimming the decline to 1.3 per cent at SAR35.05 as of 11.50am local time. When it hit the intraday low, it had pared more than half of its gains since it became the world’s biggest initial public offering.

Investors are seeking new catalysts for the stock after it was included in major emerging-market equity benchmarks, analysts say. Foreigners balked at Aramco’s IPO, citing what they deemed to be an expensive valuation along with concerns that ranged from governance to geopolitical issues. Local investors ended up being the main buyers.

Aramco’s retreat is “quite surprising,” given recent performances of global equities and the oil price, said Vrajesh Bhandari, senior portfolio manager at Al Mal Capital in Dubai. “It could be a bit of profit-taking and some risk-off before retail investors close books ahead of year-end,” he said.

Saudi Arabia’s main index, in which Aramco is the second-biggest member, was little changed. Elsewhere, equity gauges were mixed, with Qatar’s index leading gains while Abu Dhabi’s fell the most.