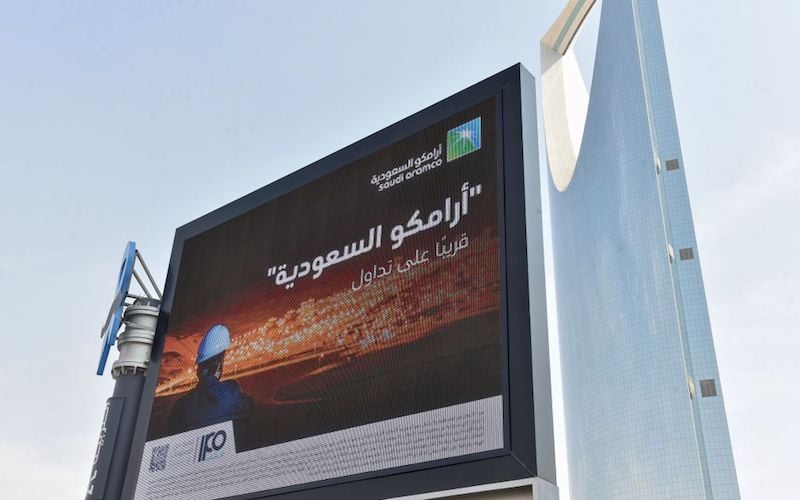 The IPO arrangers are indicating in private discussions that they already have nearly enough orders to cover the institutional portion of the deal, the people said, asking not to be identified because the information is private. They still have more than two weeks to go, as fund managers can subscribe to the stock until Dec. 4, according to Aramco’s prospectus.

Building early momentum is important in large equity offerings, as investors are encouraged to jump in when they see other institutions rushing to buy shares. The precise amount of real demand will only become clear later once underwriters compare the orders they’ve received, the people said.

Saudi authorities have been pulling several levers to try and make the deal a success, pressuring the kingdom’s richest families to invest and loosening margin lending rules for banks. They’ve been negotiating commitments from the billionaire Olayan family, who own a major stake in Credit Suisse Group AG, and Saudi Prince Alwaleed Bin Talal, Bloomberg News reported earlier this month.

Aramco representatives have also been seeking investments from the Almajdouie family, who distribute Hyundai Motor Co. vehicles in the kingdom, and members of the Al-Turki clan, people with knowledge of the matter have said. Saudi Arabia’s sovereign wealth fund is seeking to sell about a 1.5 per cent stake in Aramco at a valuation of as much as $1.71 trillion, with about a third of the offering set aside for retail investors.

The Wall Street banks working on the transaction are set to lose out on a highly anticipated fee windfall after the deal was pared back from a record global offering to a mainly domestic affair. The foreign underwriters will be compensated for costs but may not be paid enough to make a meaningful profit from the deal, people with knowledge of the matter said.

Goldman Sachs Group Inc. and Morgan Stanley are among the banks that may miss out on the payday. Aramco was initially expected to pay $350m to $450m to the more than two dozen advisers on the deal, including banks, lawyers, marketing firms and advertising agencies, Bloomberg News reported in October.

After senior bankers delivered pitches that Aramco would be able to the achieve Crown Prince Mohammed bin Salman’s $2 trillion target with a 5 per cent sale, the Saudi government and Aramco management are frustrated Wall Street’s biggest names were unable to deliver on those ambitions.