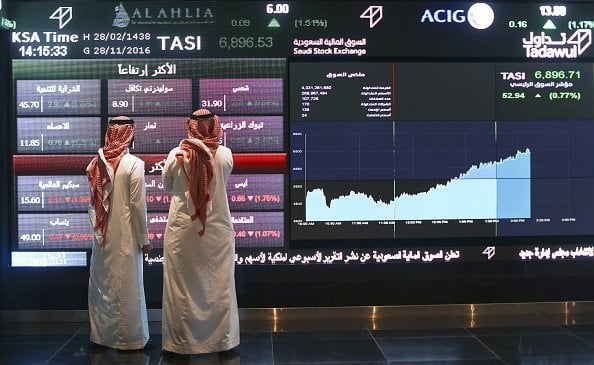 Oil giant Saudi Aramco has asked JPMorgan Chase & Co and Morgan Stanley to assist with its mammoth initial public share offer and could call on another bank with access to Chinese investors, a source with direct knowledge of the matter said.

The U.S. banks have joined boutique investment bank Moelis & Co in winning coveted roles in what is expected to be the world’s biggest IPO, worth some $100bn.

HSBC Holdings Plc has emerged as the leading contender for a role among a list of five banks that could provide a pipeline to Chinese investors – an important part of the offering, the source said, adding that the other four are Chinese banks.

“This will give Chinese banks a bit of an opportunity to flex their muscles and show that they have the firepower to get involved in such a large, global deal,” said Benjamin Quinlan, CEO of financial services consultancy Quinlan & Associates.

“There will also be a strategic interest from the government side to have some China role in the IPO process given the role Saudi Aramco plays in the resources sector there. So, there is a political undertone to it as well.”

The growing Chinese interest in Aramco’s IPO comes ahead of King Salman’s visit to Asia next week.

The final line-up for banks working on the IPO could still be adjusted, the first source said.

The IPO is the centrepiece of the Saudi government’s ambitious plan, known as Vision 2030, to diversify the economy away from oil. Up to 5 per cent of the world’s largest oil producer is likely to be listed on both the Saudi stock exchange in Riyadh and on one or more international markets.

On Tuesday the Wall Street Journal said that JPMorgan, Morgan Stanley and HSBC have been selected as lead underwriters.

Citigroup Inc was also among those asked to pitch for an advisory position with Aramco, Saudi-based industry sources said last month.

The IPO plan has been championed by Deputy Crown Prince Mohammed bin Salman, who oversees the country’s energy and economic policies. Last year, he said he expected the IPO would value Aramco at a minimum of $2 trillion, and that the figure might end up being higher.

Saudi Arabia is considering two options for the shape of Aramco when it sells shares next year: either to develop it as a global industrial conglomerate or make it a specialised international oil company, industry and banking sources have told Reuters.

Saudi Aramco has also appointed international law firm White & Case, which has a long-established relationship with the state oil giant, as legal adviser for its IPO, sources familiar with the matter told Reuters this month.

The oil giant also held discussions with the Singapore Exchange regarding a potential secondary listing, sources have said.