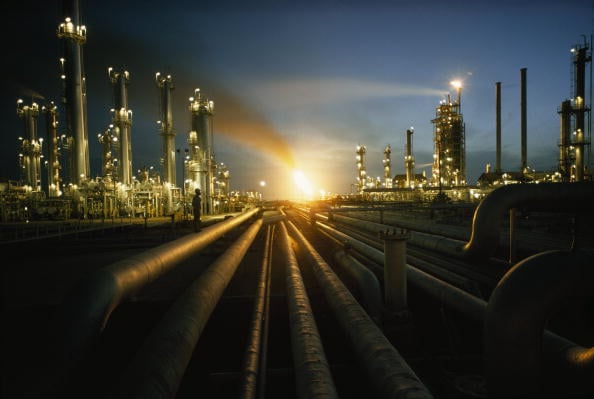 State oil giant Saudi Aramco is considering whether to close its 90,000 barrel per day crude oil refinery in Jeddah after several years because of age and environmental concerns, industry sources said.

The refinery, which started operating in 1967, serves much of the country’s western region and its closure would increase demand at other Saudi facilities. It produces liquefied petroleum gas, gasoline, diesel, asphalt and jet fuel, and exports naphtha.

Aramco was originally considering whether to close it in 2018 but now looks likely to postpone the closure to as late as 2022 because of growing domestic demand for oil products and since construction of a new refinery at Jizan, also on the Red Sea coast, has been delayed, said one source.

Another said Jeddah’s growth had left the refinery in the middle of the city, which created environmental issues that contributed to a likely decision to close it.

The sources declined to be named because they were not authorised to talk to media. In response to questions by Reuters, Aramco said on Sunday that it had no information to release at this time.

Aramco has said it plans to bring the Jizan refinery online by 2018. However, industry sources said this was now expected to be delayed by at least two years for several reasons, including technical problems with building infrastructure in the sea.

He said the impact on the international naphtha market would not be big as the refinery exported only about 40,000 tonnes per month.

The United Arab Emirates’ Ruwais refinery is to raise yearly naphtha exports to over 10 million tonnes from the current 7.5 million tonnes, traders have said.

The Jeddah refinery is next to, and supplies feedstock and power to, a base oil refinery run by Luberef, a joint venture between Aramco and Jadwa Industrial Investment Group. Luberef makes a total of around 550,000 tonnes per year of oil lubricants from its two refineries at Jeddah and Yanbu.

Luberef said it was now considering whether to shut the Jeddah facility eventually and expand Yanbu.

“This is now in the planning phase and Luberef will be ready if Aramco’s Jeddah refinery closes, Luberef said in an emailed statement.

One source familiar with the matter said the Luberef shutdown could happen in 2020. Companies based in Saudi Arabia have received a request from Luberef to express their interest for front-end engineering and design work, industry sources said.

“They want to build a new vacuum distillation unit with a capacity of 26,000 bpd — they want to move some parts from the old plant,” said one.

Luberef is already expanding its Yanbu plant by doubling capacity to produce a new, high-quality base oil.

The company originally said it planned to start commercial production of this oil in the fourth quarter of 2015, but its statement to Reuters last week indicated the date would be later.

“Production of the G-II expansion will commence by the second quarter of 2016 of which high quality G-II base oil will be introduced in (the) local and export market,” it said.