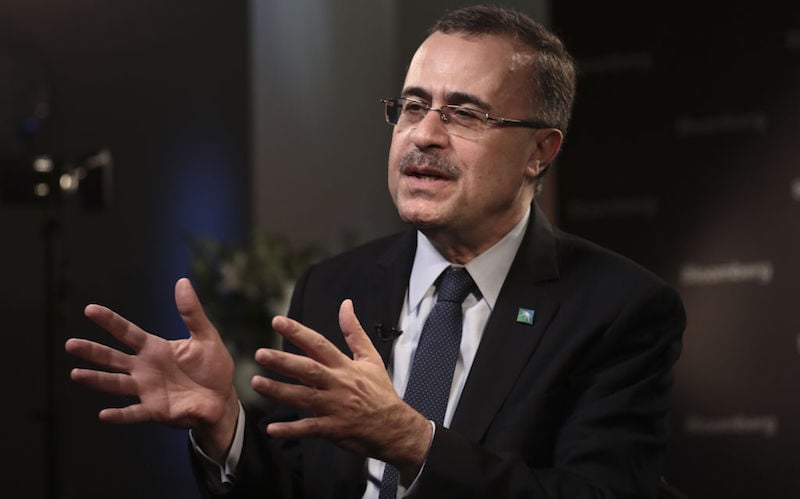 Banks will be chosen “soon,” CEO Amin Nasser said at an industry conference in Abu Dhabi. Confirmation of the underwriters will signal that the share sale — set to be the world’s largest — is finally in the offing after plans were put on hold last year.

“We have always said Aramco is ready for listing whenever the shareholder makes a decision to list,” Nasser said on Tuesday. “It’s going to be very soon.”

Global investment banks presented a week of pitches starting in late August, people with knowledge of the matter said this month. Saudi Arabian Oil Co., as the company is formally known, is expected to choose about four or five banks to lead the IPO marketing as joint global coordinators, while a larger number will work on the deal in more junior capacities, the people said.

The main exchange to list shares will be in Saudi Arabia, while officials from bourses in London, New York and Hong Kong have been pitching to host the IPO’s foreign portion.

“We are ready for whatever the decision is to list locally — which is going to be the primary listing — but we are also ready for listing outside the kingdom,” Nasser said.

For Aramco, the domestic segment of the IPO could be key to the prospects for an international listing, with a high valuation at home potentially raising the bar for foreign investment. With persistently weak oil prices, that’s crucial to the success of Saudi Arabia’s plans to fund an ambitious economic agenda.

The kingdom has also held discussions with some of its wealthiest families about becoming anchor investors in the stake sale, people with knowledge of the talks said this month. That underscores the country’s desire to ensure there’s enough demand for the offering as low crude prices weigh on the economy.