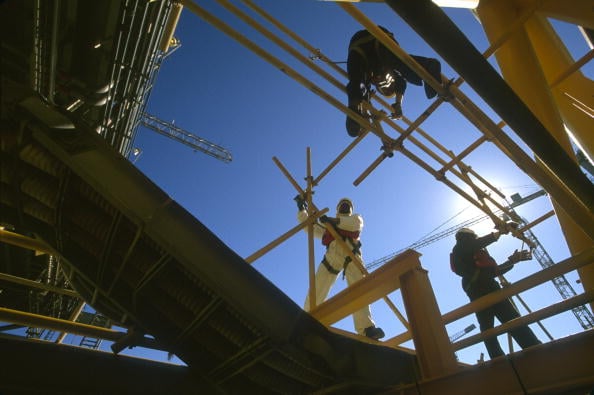 Saudi Arabia is restructuring the world’s biggest energy company, Saudi Aramco, in a move apparently aimed at letting it operate more at arm’s length from the powerful oil ministry.

Analysts expected technocrats to get a freer hand in running the state-owned giant. Some said the restructuring might be the first step in a shake-up of the Saudi energy sector, and could possibly pave the way for a prince to take over the ministry itself, which is traditionally run by industry experts rather than members of the royal family.

Citing unnamed sources, Saudi-owned Al Arabiya TV reported on Friday that Aramco would be separated from the oil ministry of the top OPEC member. Aramco officials could not be immediately reached for comment but Arabiya’s reports closely reflect official thinking.

Mohammad Al Sabban, a former senior adviser to oil minister Ali al-Naimi, said the move would strengthen Aramco. “This decision will bring more flexibility to the company to take decisions on a commercial basis, and keep full financial control,” he said.

Conventional thinking is that the ruling Al Saud family views the oil minister’s job as so important that giving it to a prince might upset the dynasty’s delicate balance of power and risk leaving oil policy hostage to princely politicking.

But Ehsan Ul-Haq, oil analyst at KBC Energy Economics, said it was highly likely that Prince Abdulaziz bin Salman, a son of King Salman, could be appointed to replace 79-year-old Naimi, who has been oil minister since 1995.

The king promoted Prince Abdulaziz, long a member of Saudi Arabia’s OPEC delegation, to deputy oil minister from assistant oil minister earlier this year. Some diplomatic and Saudi sources have suggested his years of experience might overcome the hurdles to a royal becoming oil minister.

“So that way, Aramco will be totally business-oriented, not an arm of the petroleum ministry.”

Aramco was once U.S.-based and run by Americans but has long been a Saudi state corporation. It dwarfs all others in the industry, with crude reserves of 265 billion barrels, more than 15 per cent of all global oil deposits.

It produces over 10 million barrels per day, three times as much as the world’s largest listed oil company, ExxonMobil , while its reserves are more than 10 times bigger. If Aramco were ever to go public, it would probably become the first company to be valued at $1 trillion or more.

As part of a major reshuffle on Wednesday, King Salman moved Khalid al-Falih from chief executive to chairman of Aramco and also appointed him health minister — changes that may indicate Falih will not become oil minister, Ul-Haq said.

“(Falih’s) shift to the health ministry suggests that he might not follow Naimi. His appointment to the chairman of Aramco, on the other hand, is only ceremonial,” he added.

Aramco’s senior vice-president Amin al-Nasser has been named acting chief executive until further notice, the company said on its Twitter account on Friday. Earlier, it had posted a statement saying Aramco has a new 10-member supreme council headed by the Kingdom’s deputy crown prince.

“Restructuring of Saudi Aramco includes separation from the petroleum ministry.”

The new council is headed by Deputy Crown Prince Mohammed, another son of the king, a move seen by analysts as laying the ground for a generational shift in how Riyadh develops its energy and economic strategies.

The main tenets of Saudi oil policy — including maintaining the ability to stabilise markets via an expensive spare-capacity cushion and a reluctance to interfere in the market for political reasons — are set by the top members of the ruling Al Saud family.

Oil minister Naimi, who has seen several oil price crashes during his tenure, was the driving force behind OPEC’s decision in November not to cut production to support prices, which have halved since June 2014, but rather maintain its market share.

On Thursday, Naimi was quoted as saying that King Salman’s appointment of two new heirs would help stabilise world oil markets by strengthening political stability in the Kingdom.