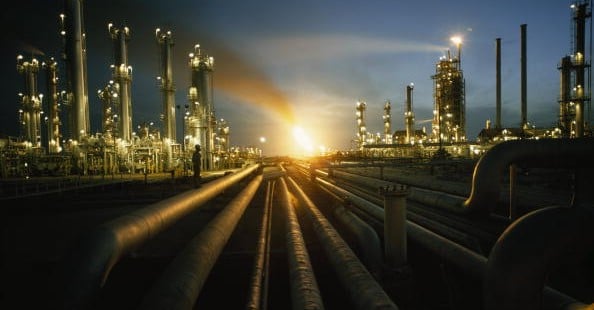 Sadara Chemical Co, a joint venture between Saudi Aramco and Dow Chemical, raised SAR7.5 billion ($2 billion) from the sale of an Islamic bond to fund a large petrochemical complex in the east of the Kingdom.

The Islamic bond, or sukuk, which has a lifespan of 16 years, was priced at 95 basis points over the six-month Saudi interbank offered rate (Saibor), a statement from Sadara said on Tuesday.

The sale is part of a $12.5 billion debt to fund the construction of the project, which will produce more than 3 million tonnes of petrochemicals each year when completed in 2016.

The $19.3 billion facility, located at Jubail Industrial City in Saudi Arabia’s Eastern Province, will be the world’s largest chemical complex ever built in a single phase.

Strong demand from investors in Saudi Arabia meant the sukuk’s size was increased from the original target of SAR5.25 billion, which was covered 2.6-times, the statement said.

Given the huge amount of liquidity local investors have to deploy and the limited number of sukuk instruments to invest in, a sukuk offering from an Aramco-linked entity was always going to attract high demand.

Sadara’s prospectus, released at the launch of the transaction last month, said the firm could increase the amount raised to as much as $2.5 billion-equivalent.

The sukuk is the second project finance sukuk sold in Saudi Arabia. The first was the SAR3.75 billion ($1 billion) issue in October 2011 from Saudi Aramco Total Refining and Petrochemical Co (SATORP), a joint venture between Aramco and France’s Total.