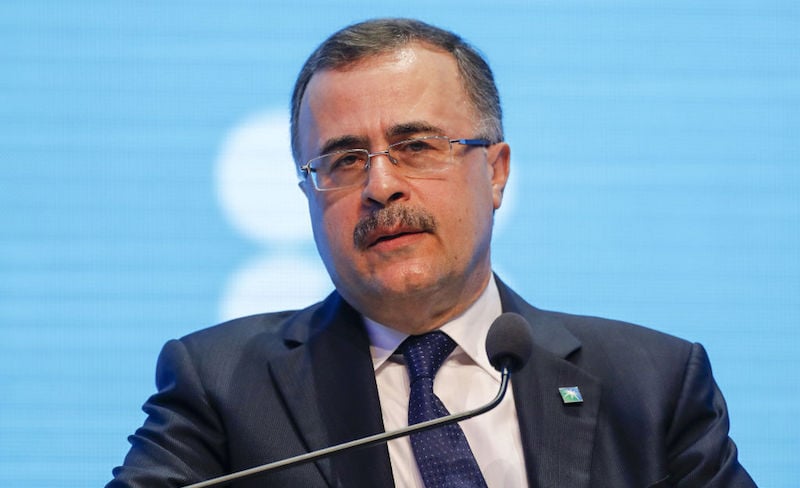 Aramco is building “an energy bridge” between Saudi Arabia and China to meet the Asian energy consumer’s increasing need for oil and gas as well as for chemicals and liquefied natural gas (LNG), according to a copy of Nasser’s speech at an industry event in Beijing.

“We need to help our stakeholders – including here in China and the wider Asia region – realise that oil and gas will remain vital to world energy for decades to come,” he said.

“We need to reassure them with our own long-term investments that the safety belt we have always provided is one they can continue to rely on.”

Aramco’s gas expansion strategy needs $150bn of investment over the next decade as the company plans to increase output and later become a gas exporter, Nasser had said in November.

The state-owned company is pushing ahead with its conventional and unconventional gas exploration and production programme to feed its fast-growing industries, freeing up more crude oil to export or turn into chemicals.

Nasser said that the carbon footprint of Saudi oil is among the lowest in the world, and has the lowest greenhouse gas intensity of any supplier of crude oil to China.

Aramco is a major investor in China’s energy sector. In February, Aramco inked a deal with Chinese defence conglomerate Norinco to develop a $10bn refining and petrochemical complex and another agreement to buy a stake in Zhejiang Petrochemical.

Saudi Arabia was China’s biggest crude oil supplier in February, data from the general administration of Chinese customs showed on Monday, reclaiming the crown from Russia after ranking number two in January.