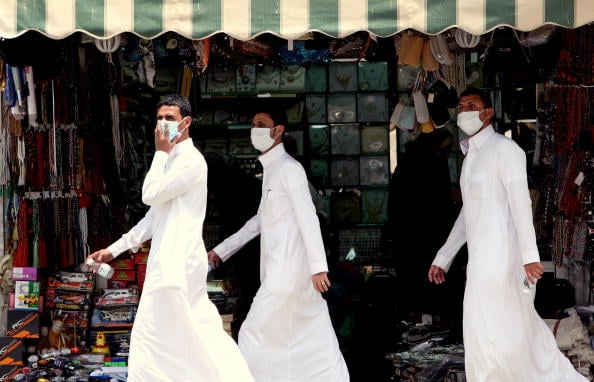 The number of deaths recorded in Saudi Arabia through the infection of Middle East Respiratory Syndrome (MERS) coronavirus has reached 60, according to health authorities.

The most recent casualty to succumb to the deadly virus was a 22-year old man, who was also suffering from cancer, the ministry of health said in a statement though its website.

Saudi Arabia, the country worst hit by the MERS virus, has recorded 145 cases out of which 60 have proved fatal.

The virus, which first appeared in 2012, has affected around 182 people globally and has resulted in 79 deaths till date, according to World Health Organisation (WHO).

MERS, a deadly but less transmissible virus than SARS, has symptoms such as coughing, fever and pneumonia.

Although the worldwide number of MERS infections is fairly small, the high death rate among confirmed cases and the spread of the virus beyond the Middle East is keeping scientists and public health officials on alert.

Cases have been reported in Saudi Arabia, Qatar, Kuwait, Jordan, UAE, Oman and Tunisia as well as in several countries in Europe.

Scientists have also been focusing on the possibility of camels being an “animal reservoir” of the MERS virus.

Dutch and Qatari scientists recently published research that proved for the first time that MERS can also infect camels – strengthening suspicions that these animals, often used in the region for meat, milk, transport and racing, may be a source of the human outbreak.

The WHO has warned people at high risk of severe disease to “avoid close contact with animals when visiting farms or barn areas where the virus is known to be potentially circulating”.

For the general public, it has advised normal hygiene steps such as washing hands before and after touching animals, avoiding contact with sick animals and good food practices.