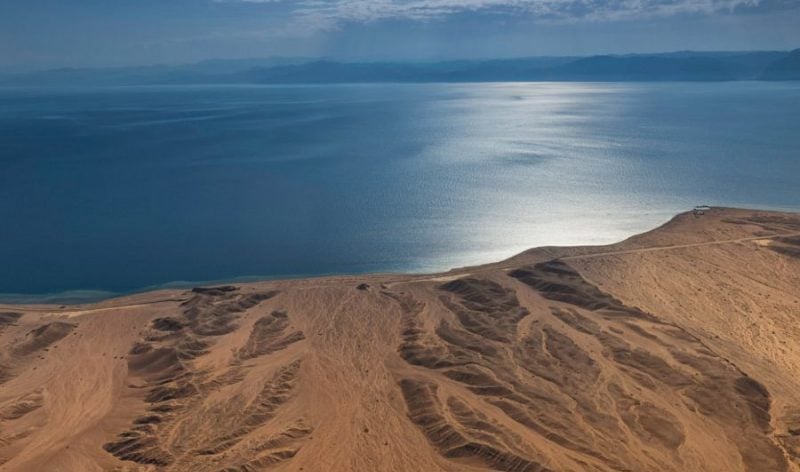 Saudi Arabia will start construction of a green hydrogen plant as soon as this month as it pushes ahead with plans to export the fuel in about four years.

The kingdom is on track sell carbon-free hydrogen from a $5bn project in NEOM by 2026, according to Peter Terium, the head of energy and water for the new region. Engineers have finished flattening the site in north-western Saudi Arabia and US-based Air Products & Chemicals will soon begin building the facility, he said.

There will probably be demand from companies from Asia to the US for the exports, Terium said in an interview. Hydrogen is seen as pivotal for the transition to cleaner forms of energy.

“There’s a potential competition between Europe, Japan, South Korea and some parts of the US,” said Terium. Shipments will be sold “to those who bid the highest price.”

Saudi Arabia wants to be the world’s biggest exporter of hydrogen. The fuel only emits water vapour when burned, making it less polluting than oil, natural gas and coal. The technology for producing it on a mass-scale is still unproven, but the market could be worth $700bn annually by 2050 if manufacturers can bring down costs, according to BloombergNEF.

Riyadh believes demand for oil will remain high for decades and is spending billions of dollars to increase its crude-production capacity. Yet Crown Prince Mohammed bin Salman aims to diversify the economy, and hydrogen is an important part of his strategy.

The NEOM project, called Helios, is led by a consortium including Air Products and ACWA Power International, a Saudi utility. Green hydrogen is manufactured with renewable energy.

The companies will use 120 Thyssenkrupp electrolysers, each of them about 40 meters long, to split hydrogen from water. The fuel will be shipped from Saudi Arabia as ammonia, which is easier to transport than hydrogen in gaseous form.

The plan is “gigantic in size and continuously gives you unknown challenges,” said Terium, who used to be chief executive officer of RWE, Germany’s biggest utility.

The plant will be powered by around 4 gigawatts of solar and wind power, making it one of the largest being built globally. The area was chosen because of its abundance of sunlight, wind and empty land to place solar panels and turbines.