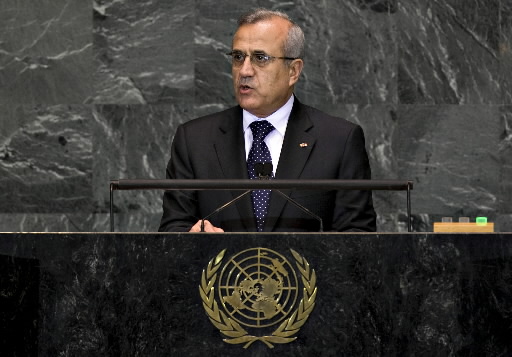 Saudi Arabia is giving the Lebanese army $3 billion in aid, Lebanon’s President Michel Suleiman said on Sunday, calling it the largest grant ever to the country’s armed forces.

Some of the money was likely to be spent on weapons from France, Suleiman indicated in a televised address.

One of the few institutions not overtaken by the sectarian divisions that plague the country, Lebanon’s army is ill-equipped to deal with internal militant groups, particularly the Shi’ite Muslim guerrilla and political movement Hezbollah.

The Sunni Muslim Kingdom of Saudi Arabia may be seeking to bolster the army as a counterbalance to Hezbollah, seen as the most effective and powerful armed group in Lebanon and funded by the regional Shi’ite power Iran.

“The king of the brotherly Kingdom of Saudi Arabia is offering this generous and appreciated aid of $3 billion to the Lebanese army to strengthen its capabilities,” Suleiman said.

“His Highness suggested that weapons would be purchased from France, and quickly.”

French President Francois Hollande, currently on a visit to Saudi Arabia where he met King Abdullah, said France would supply weapons to the Lebanese army if it was asked to do so.

He told a news conference in Riyadh: “France has equipped the Lebanese army for a while up until recently and we will readily answer any solicitation … If demands are made to us we will satisfy them.”

Lebanon’s armed forces have been struggling to deal with violence spreading over the border from Syria’s civil war.

The country, which is still rebuilding after its own 15-year civil war, has seen clashes between gunmen loyal to opposing sides of the Syrian conflict, as well as militant attacks on the army itself.