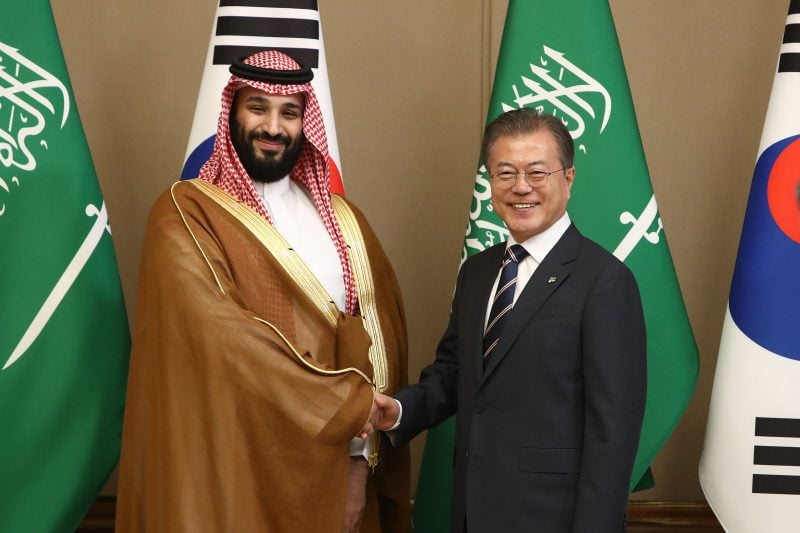 The pact was signed by the Crown Prince on Wednesday as part of his first visit to the South Korean capital, which also included talks with President Moon Jae-in –- aimed at strengthening bilateral ties between the two governments.

During talks, President Moon said he hoped relations between the nations would develop.

“Saudi Arabia is the largest oil supplier for us, and it’s the biggest customer for South Korean construction firms. It is also our number one trade partner in the Middle East,” he said.

“As a partner of the Vision 2030 project, South Korea will expand cooperation with Saudi Arabia to the areas of information and communications technology, smart infrastructure, defence, health and medicine and others beyond the traditional cooperation on energy and construction.”

The largest part of the $8.3bn pact is a $6bn deal between Saudi Aramco and Korean firm S-Oil to build an oil refinery and downstream petrochemical facilities in South Korea. The Saudi oil giant also made agreements with Korean companies including the Korea National Oil Corporation, Hyundai Heavy Industries, and Hyundai Motor Company. In total, Aramco signed 12 separate agreements