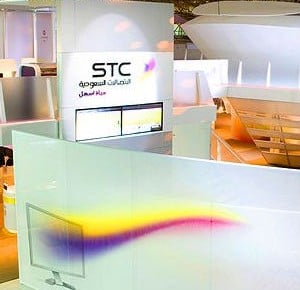 Saudi Arabia’s telecoms regulator has a set a May 4 deadline for companies to submit applications for three mobile virtual network operator (MVNO) licences in the kingdom.

The country would be only the second of the six Gulf Cooperation Council members after Oman to permit MVNOs, which do not own the networks they use to provide communications services. They instead lease capacity from network operators and pay a percentage of their revenue as well as fees.

Such virtual networks are widespread in Europe and other developed markets, but regulators in the Gulf have been reluctant to open their markets to increased competition because most of the region’s 15 mobile operators are ultimately government-controlled and are often a key source of state revenue.

The Saudi regulator, the Communications and Information Technology Commission (CITC), will issue up to three MVNO licences, which will lease capacity from either Saudi Telecom Co (STC), Etihad Etisalat (Mobily) or Zain Saudi.

The winners of the licenses will be announced 12 weeks after the bid deadline.

As well stating a bid submission deadline and a likely licence issue date, the CITC document also sets the fee at 5 million riyals ($1.33 million). The MVNOs will also pay 15 per cent of their annual revenue to the regulator.

There will be a further annual licence fee of 1 per cent of revenue, plus other miscellaneous charges.

Saudi Arabia’s mobile penetration is the fourth highest in the world at 191 per cent, or nearly two subscriptions for every resident, so MVNOs are expected to compete for customers from other companies rather than bring in new subscribers.

Former monopoly STC and Mobily dominate the market, accounting for 48 per cent and 41 per cent of revenue respectively for the nine months to September 30, with loss-making Zain Saudi claiming the remainder, NBK Capital estimates.

The big two have largely focused on wealthier customers, while Zain Saudi, which has long struggled against its better-resourced rivals, has an inferior network and is unable to offer the same comprehensive internet and phone packages.

Consequently, Zain Saudi’s main means to compete is through undercutting its rivals, making it more vulnerable to MVNOs, which often target lower-income groups.

“MVNOs will be bad news for Zain Saudi – the benefits of wholesale revenues will not offset the threat of more competition,” said Asim Bukhtiar, Riyad Capital’s head of research.

The winning bidders must launch services within 12 months of their licence being issued, the CITC said.