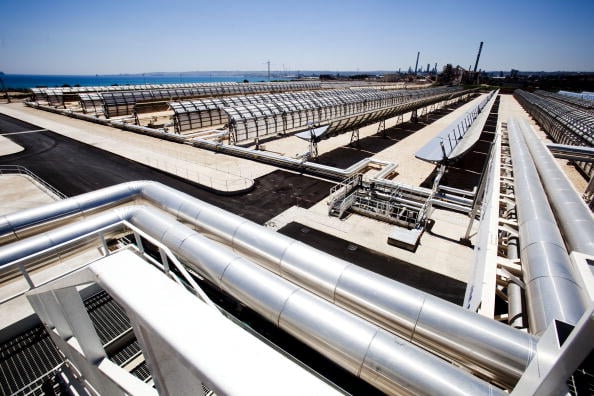 The 550-megawatt (MW) integrated solar combined cycle (ISCC) plant will primarily burn natural gas, but will use solar thermal energy to increase fuel efficiency at the planned facility near Tabuk on the Red Sea coast.

SEC, which said the planned Duba plant must also be able to burn Arabian super light crude oil as a back-up for gas, set a Jan. 12 deadline for companies to express interest in bidding for the project.

ISCC plants reduce emissions of climate-warming carbon by increasing the amount of steam available for driving power generation turbines, without having to burn more gas or oil. SEC did not say how large the solar element of the project was expected to be.