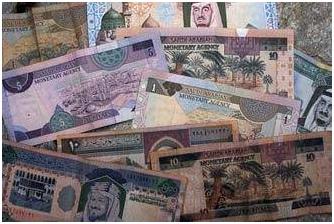 Salaries in Saudi Arabia increased by 5.8 per cent in 2012, according to global recruitment firm Aon Hewitt’s annual survey.

The organisations surveyed in the Kingdom also forecasted an average salary increase during 2013 of 5.6 per cent.

The results indicate an underlining stability in the market with relatively consistent rates of increase and overall growth in salaries year-on-year.

Martin McGuigan, head of reward consulting, Aon Hewitt Middle East, said: “Across the GCC, we are seeing a growing trend towards performance-based pay, and this appears to be coming more prevalent in the Kingdom as the market continues to mature, giving organisations a means of capping their pay budget in accordance with business performance.

“Aon Hewitt has seen an increase in demand for such information from a number of core industry verticals – including education, healthcare and media – and, as a result, we will soon be launching a series of new data surveys to give businesses better insight into salary levels within their specific sector.”

The report also revealed that no participating firms in the Kingdom or the GCC were planning a hiring freeze in 2013.

In addition, none of the companies surveyed in the Kingdom are planning to make any redundancies this year while a large percentage – 50 per cent – are actually looking to increase recruitment this year compared to 2012. In addition, only 9.5 per cent are considering a pay freeze during 2013.

Gulf Business will release its own annual salary survey results in the March issue of the magazine.