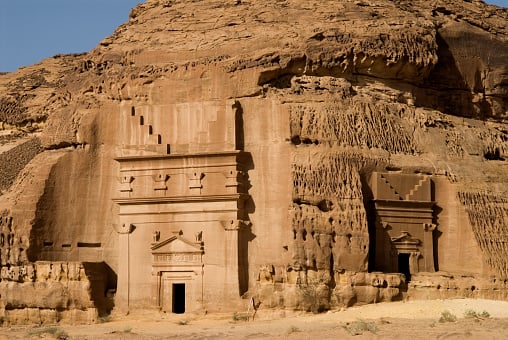 More than 8,000 tour guides will be required to cope with Saudi Arabia’s burgeoning tourism sector by 2030, an official has said.

Ahmed Al-Jaid, a member of the Saudi Society for Tourist Guides (SSTG), claimed the number was needed to prepare the kingdom for the tourist number goals set by the Vision 2030.

According to Arab News, there are only 500 people working as tour guides in Saudi Arabia, including mutawif (pilgrim guides).

Currently the kingdom attracts roughly 200,000 tourists per year, but Deputy Crown Prince Muhammad Bin Salman’s vision plan has set a target of 1.5 million by 2020 and aims to increase the revenue generated from tourism to 18 percent in the next 14 years.

Alongside these numbers, the annual Haj pilgrimage to Mecca and Medina attracted roughly two million visitors in 2015. However, pilgrim movements are restricted to the holy sites and Jeddah to prevent unwanted migration.

The desert country boasts several promising tourist attractions, such as prehistoric rock art in the Hail region and the ruins of the first-century Nabatean settlement of Madain Saleh, a site similar to Jordan’s UNESCO site Petra.

However, a shortage of transport and hospitality infrastructure remains an obstacle to potential tourists. The kingdom also does not issue tourist visas to visitors, but Prince Sultan bin Salman, the head of the Saudi Commission for Tourism and National Heritage, said that he is trying to make it easier for both Muslim and non-Muslim tourists

In an interview with WSJ earlier this year, Price Sultan cited an earlier experiment when Saudi Arabia allowed in tour groups from countries such as the United States, Japan and Germany, though the holy sites of Mecca and Medina would remain off-limits to non-Muslims.

The kingdom’s hopes of boosting the sector now lie in attracting private investment to build the necessary infrastructure and attractions such as a potential Islamic musuem.

Saudi Arabia’s has a largely young population, with the majority aged under 30, but the kingdom suffers from 11 per cent unemployment.