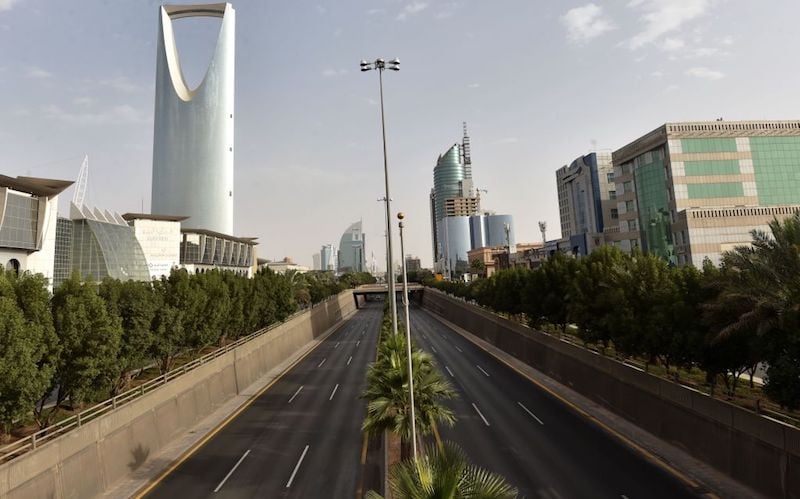 Saudi Arabia will need to take “painful” measures and look for deep spending cuts as the kingdom faces a double crisis caused by the coronavirus pandemic and the meltdown in global oil markets, its finance minister said on Saturday.

“The kingdom hasn’t witnessed a crisis of this severity over the past decades,” Mohammed Al-Jadaan said in an interview with Saudi television station Al-Arabiya.

“It’s very important that we take very tough and strong measures, and they might be painful, but they’re necessary.”

Already under a strict curfew to contain the spread of the coronavirus pandemic, the world’s largest oil exporter is bracing for a second impact from the oil price rout and production cuts negotiated by OPEC and its allies.

The price of Brent crude crashed by more than 50 per cent in March, contributing to a record $27bn monthly drop in the Saudi central bank’s net foreign assets.

State oil revenue has decreased by more than half, and non-oil revenue will decrease as well, he said.

Crude has recovered slightly but is trading around $26 a barrel – compared to over $60 a barrel when Saudi officials announced their 2020 budget in December.

Al-Jadaan’s comments were a sharp change in tone from more reassuring remarks he gave about a week ago, when he told reporters that the kingdom had been through similar crises before, “maybe even worse,” and would pass through this one as it had others.

In contrast, on Saturday, Al-Jadaan said that government spending would need to be “cut deeply.” He said that the list of budget items that will be affected is “very long,” and added that some programmes under “Vision 2030” – Prince Mohammed bin Salman’s economic diversification plan – will also face spending cuts as their implementation is delayed by measures taken to slow the spread of the virus.

“As long as we do not touch the basic needs of the people, all options are open,” Al-Jadaan said.

Asked about potential risk for local banks from a plan to increase government borrowing, Al-Jadaan said that liquidity in the banking sector was very high and that the kingdom would continue to issue debt locally and internationally.

The government needs to protect public finances to be able to support the economy – which depends heavily on state spending – in the coming years, Al-Jadaan added.

“We have to plan for the worst case scenario and take matters seriously,” he said. “I do not think the world or the kingdom will go back to the way things were before coronavirus.”

Saudi Arabia’s outlook was cut to negative from stable by Moody’s Investors Service on Friday, keeping the sovereign at A1, its fifth-highest grade. Moody’s last downgraded Saudi Arabia in 2016, and has its assessment above those of Fitch Ratings and S&P Global Ratings.