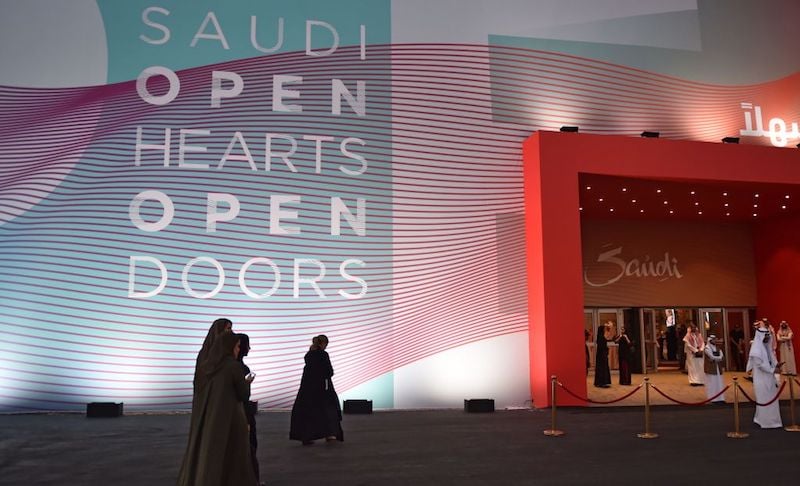 Perched behind the counter of a mid-range hotel in Riyadh, Bashayer admits she was reluctant to take a job as a receptionist.

But the position was “better than sitting at home,” the 23-year-old Saudi said, asking to withhold her last name so she could speak freely. “Before, some jobs were considered low-level, so Saudis didn’t want to apply for those. Now they’re more willing to try different jobs. The mindset has changed.”

Finding jobs for the likes of Bashayer in the private sector has been a key challenge for the oil-rich kingdom, where attempts to lower unemployment have run up against an economic slowdown and a job market long reliant on cheap foreign labour.

More Saudis are joining the hospitality sector, however, as Saudi Arabia rolls out an ambitious drive to draw millions of tourists, even as joblessness among nationals has held above 12 per cent since 2016. Last month, the government unveiled plans to attract holidaymakers for the first time, showing it’s even willing to bend rules on how foreign women dress.

Behind the urgency is the realization that Saudi Arabia is racing against a demographic clock, unable to find employment for increasing numbers of its citizens — especially young people.

New rules requiring companies in certain sectors to hire more nationals — an initiative known as Saudisation — are helping to spur an exodus of foreigners already put off by new expatriate levies. The expats are leaving at a faster pace than Saudis can replace them.

Over 1 million nationals were seeking jobs at the end of the second quarter this year, of which a third were aged between 25 and 29, according to official data.

Alongside changes in industries including retail, the hope is that tourism will be Saudi Arabia’s ticket to a healthier employment future.

Under a blueprint drawn up by officials, the goal is to turn the kingdom into one of the world’s top five destinations, more than tripling the contribution of tourism to gross domestic product by 2030 to 10 per cent — matching its share last year in Singapore and Australia. The result is supposed to be an employment windfall that will generate an estimated 1 million jobs.

“Tourism is very fundamental to achieving the socioeconomic transformation,” Sultan Mufti, deputy governor for investment attraction and development at the Saudi Arabian General Investment Authority, said in an interview with Bloomberg Television.

Saudi Arabia has long been one of the hardest countries in the world to visit, issuing visas only for business trips, family visits or pilgrimage to the Islamic holy cities of Makkah and Madinah. Religious tourism dominates the industry.

After years of talk about opening up to Western travelers to diversify the economy, the government is starting to deliver — with a splash.

Officials organised an extravagant gala dinner to announce the tourist visas, inviting some of the world’s most popular Instagram “influencers” to post slick ads showing off the kingdom’s attractions. The social media campaign segued into an advertising blitz from Dubai to New York.

The challenges are plentiful, however, including competition from other destinations in the region and a conservative social environment that could deter potential visitors despite efforts to loosen up.

Still, even in a dour jobs market, the hospitality industry is already making a dent.

Before the visa announcement, a growing number of Saudis had already been taking hotel reception jobs and working as restaurant hostesses and baristas — all relatively new fields for citizens in an economy dependent on cheaper foreign labour. The number of Saudis in accommodation and food service jobs rose between the first and the second quarters this year, even as the overall number of jobs in that sector fell.

Should some semblance of a tourism boom materialise, it could also help even out development across the country. Discrepancies are vast: the percentage of Saudi workers ranges from 0.8 per cent in the Northern Borders region to more than 39 per cent in Riyadh province.

“It’s unclear how effective the Saudi government can actually be in boosting employment in these areas even with targeted support,” said Rory Fyfe, managing director of MENA Advisors in London. “Tourism activity requires sustained support from the government and considerable infrastructure investment, not to mention training and support of local tribes.”