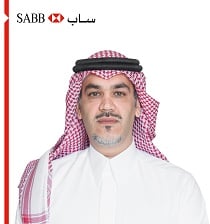 Sources told Bloomberg that Al Saif recently joined the Ministry of Finance on an open-ended secondment from Saudi British Bank, in which HSBC owns a 40 per cent stake, where he was general manager of global banking and markets.

He is also a board member of HSBC Saudi Arabia Ltd.

The move would make Al Saif the second HSBC banker to be appointed to a government role in recent months.

The bank’s chief executive for the Middle East Mohammad Al Tuwaijri was appointed deputy economy and planning minister in May as part of a shakeup of the kingdom’s economy announced by Deputy Crown Prince Mohammed bin Salman.

SABB and HSBC confirmed Al Saif’s secondment to the Ministry of Finance, saying he remained an HSBC Saudi Arabia employee but was “relinquished” of all management and board responsibilities to avoid conflicts of interest.